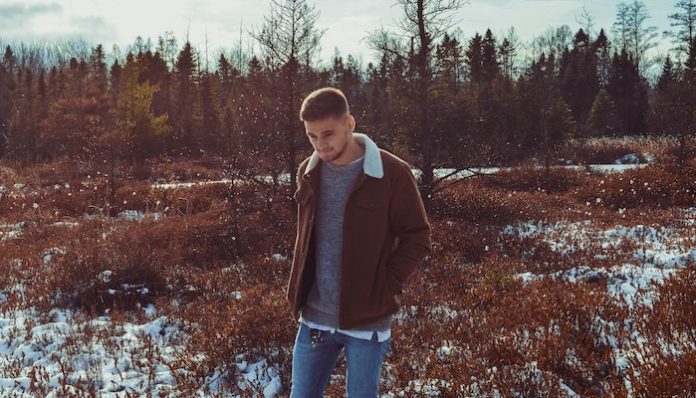 I thought of suicide at one point. At a bunch of points, to be honest.

It’s so hard for me to admit that in a way. I have three beautiful, young kids. I have family that loves me. I play in a rock and roll band, and we just so happen to be one of the best bands to ever exist.

I have a lot of reasons to live. To keep on breathing and hurting and smiling, even in the crashing wake of being told by someone I loved that they simply don’t love me anymore.

I wanted to punish myself for losing the girl I love. And I wanted to make it forever.

It may sound stupid, but that’s what can happen with heartbreak. You can drown. You can choke on your own remorse. You can confuse loss and pain with guilt and shame. And the worst part of all of it? It all makes perfect sense. Because when it comes to loving someone else, the rules of social discipline and responsibility are nothing but a brick wall for you to piss on.

People forget that. People who haven’t been there are swift to judge heartbreak extremists. They label them.

Godd*mn, he was so f*cking stupid.

But here’s the thing: Love, even at it’s very worst, is still intoxicating. That feeling of being linked to someone else and them being linked to you is more powerful than all space and time.

So it’s only natural that when love dies, a part of you dies with it.

Sometimes that isn’t the case. Sometimes people move right along from one thing to another and they never feel so sad or dejected that they envision ending their lives. Not even close. But guess what? Those people were never truly in love. So f*ck them.

There are tricks to getting over the person you once loved, but I don’t know any of them. Booze, maybe. Sleeping around? Newfound liberation in the form of your own place/one toothbrush instead of two?

I have no idea.

Moving on from the person you were once brave enough to love is more difficult than it seems. Long periods of time go by and the same darkness keep hammering away at you.

It takes so long to recognize there is a way out. You get used to the darkness after awhile. You become adjusted to the sound of your own bones crunching down in the vises of torment.

But at the same time, I’m still alive. I still make my kids microwave popcorn on Saturday nights when I rent Ghostbusters or The Goonies from the Apple store on the TV. I still feel the twinge of lust rise up inside of my biology when I’m alone, when I see a beautiful woman right there in the Walmart pizza aisle.

I keep breathing, making coffee, smoking cigs, and changing diapers so dripping wet that I wonder how the hell I missed them for the last hour.

That’s the strength right there happening. That’s me moving on. No rhyme or reason. No system or method. Just a fool in the rain. Just a single dad with a dirty diaper in his hands.

The trick, you see, is that there is no trick.

There’s so much written about how to be strong and feel better these days that you could start reading that sh*t right now, right this very second — scrolling down through the endless scroll of “power of positivity” articles slamming themselves up into your phone, 50 per second. You could read them for the rest of your natural-born life, and you would never ever get through them all.

Your brain would pop and flicker out before you’d conquer all that hot air. Your heart would stab itself with your final breath. Your eyes would dry up like potato chips and your nostrils would fill with blood that started pooling back behind your face long before you could ever possibly read all the words attached to all the clicks designed to fix you up right then and there.

You would die the worst death possible just from trying to make yourself happy again. Isn’t that weird?

I will move on. I’m moving on as we speak. So are you. But only in the ways we have to move on, in the ways we are forced to drift away from old love merely because the unconquerable tides are pulling us out.

Photo by Matthew Lockhart on Unsplash

25 Things A Guy Should Never Say On A First Date

10 Adorable Tiny Houses That You’ll Want To Live In Right...