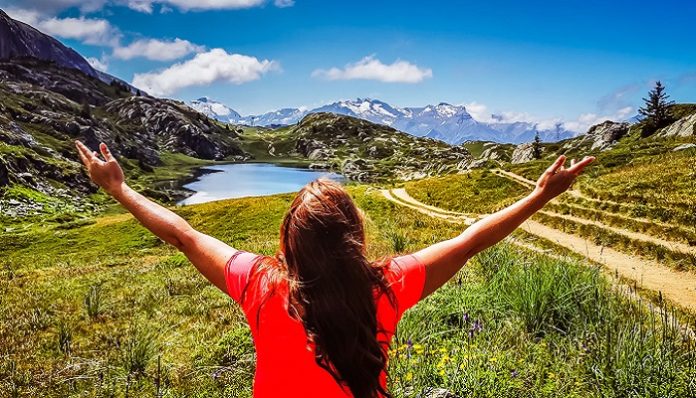 There has always been this assumption that comes with single women: “If you are single for too long, something must be wrong with you.”

While that might be the case for some, there is just this terrible double standard that we can’t seem to shake. Leonardo DiCaprio is a handsome, single gentlemen that will never seem to settle down, but that is okay for him because he is a man. On the other hand, when Jennifer Aniston was single, it was as if the whole world felt sorry for her. As if she was never going to be able to recover from that devastating breakup and was going to be alone forever because she was a woman.

Why is it that some people can never seem to understand that some women are happy being single?

While it might seem as if it has been a long time since they were in a relationship, maybe it’s because they are trying to figure out who they are without someone by their side. Sometimes when we are dating someone, we lose sight of who we are. We are so engrossed in this new person that we forget about the person that we used to be before them.

After a breakup, it can take a long time to get back to that person after them and that requires space/time to be on your own to figure that out. Sometimes, you just feel more comfortable in your own skin when you are on your own and you aren’t ready to introduce anyone to the new you.

While it might not seem as if we don’t date, maybe we are just selective. Some of us are at this point in our lives where we don’t feel the need to settle. There are options out there, so why do we need to accept every offer we receive? If we aren’t interested in a guy, what is the point in spending a night small talking over what books that you have read lately or talking about a future that is not going to involve the guy that you are there with? Why waste any more time putting yourself out there for someone that you really don’t see a future with?

Sometimes, we just don’t feel the need to waste any precious time on someone but ourselves.

While it might seem that we might end up being a cat lady by not putting ourselves out there more, maybe we are the ones with all of the confidence. Some of us are comfortable enough with our single self that we can enjoy a Friday night at home with hot tea, a romantic chick flick, and our dog and not question whether or not we should have gone to the bar tonight or accepted the date from the creepy man at the office.

We are comfortable enough in our own skin to be able to turn down dates and to be able to not second guess it. We are also not sitting at home crying, waiting for Prince Charming. Sometimes, we just are okay with enjoying our own company.

So the next time you question, “Why has she been single for so long? What is wrong with her?” Take a step back and think, women who have been on their own for awhile now are independent, fearless creatures. We are strong, we are determined, and we are confident. Just remember, it takes more confidence to stand on your own then it does to have someone holding you up.

Why Being Your Second Choice Made Me Put Myself First

5 Things I Learned From Living With A Drug Addict