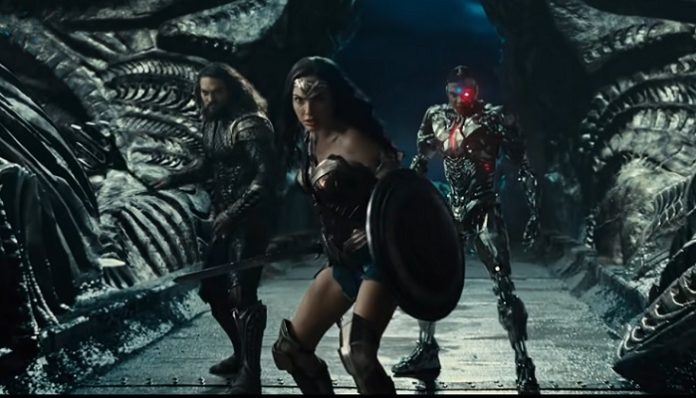 As many other children, I grew up with “Justice League” cartoons. In my time, they used to call them “Super Friends.” Every afternoon, I watched how Superman, Batman, a blond Aquaman, Wonder Twins, and Green Lantern were capable of saving the world.

In 2017, my dream came true. Finally, I would have the movie I was praying for. I tried not to remember “Batman vs. Superman” — I was focused on how good “Wonder Woman” was. However, now I think that “Justice League” is one of the worst movies in the world.

This year, we have heard incredible (almost unrealistic) news. One of them was that after millions of fans claimed via social media to deserve a better version of their heroes, DC Comics, HBO, and the movie director, Zack Snyder, decided to give us a new version of “Justice League.”

Snyder will edit the film in the way he always wanted. With a 30-million-budget, Snyder will shoot some new scenes and add more hours to the story. Now, instead of a movie, we have an eight-hour-limited series.

This is my message: Zack Snyder, let it go!

“Justice League” has many problems. To name some of them: Wonder Woman is just a beautiful face; her role in half of the movie is only to explain the other characters she was in love a century ago, and many close-ups of her smiling face — she is not a heroine. Aquaman could not be more boring. Let’s face it, they made Jason Momoa annoying. They destroyed Flash with bad jokes. It’s sad because Flash is a character who had an excellent TV show at that time. Henry Cavill is super handsome, but he is not a good actor. His impression of an evil-Superman for about ten minutes is shameful. Batman is not the same rebel we had in “Batman vs. Superman.” Finally, no one understood Cyborg.

I can mention a hundred more problems with this movie, but I want to focus on the most important one: the bad guy. Nobody remembers his name because it does not make sense. In a world full of problems, real evil humans, climate change, mortal virus, and economic recession, we are not scared of an alien we have never heard before. Even in the movie, we don’t watch people suffering because of this evil character.

So, DC Comics, if you are reading this article, please take note. First of all, move on! Forget “Justice League.” It’s a bad movie, and you can live with that. You made a mistake, it’s ok.

Secondly, start writing movies in which your heroes confront the real evil. I would die to watch my favorite superheroes helping countries such as North Korea, Russia, Cuba, Venezuela, and to warranty Americans honest elections, or Superman destroying drug cartels, or Wonder Woman catching pederasts, of Flash helping COVID-19 patients, or Aquaman cleaning the ocean, or Batman fighting for my rights, so social media companies cannot steal my data or Cyborg… I really do not know how he can help.

You may argue that in all of the “Avengers” movies, the bad guy is an alien. It is true. Remember, we are talking about Loki and Thanos — memorable characters we met before their climax movies (Ultron was kind of a shame). In Marvel studios, they wrote good films. However, if you check some of the best movies in the Marvel Cinematic Universe, such as “Ironman,” “Captain America: The Winter Soldier,” “Ant-Man,” “Captain America: Civil War,” “Spider-Man: Homecoming,” “Black Panther,” and “Ant-Man and the Wasp,” all the evil characters relate to Earth problems. They are bad people like we have in our lives, so we can identify ourselves with the story.

If you are from DC Comics, I think the best message of this article is: Move on. Everyone makes mistakes. The problem is when you don’t know how to live with them and keep making the same ones.