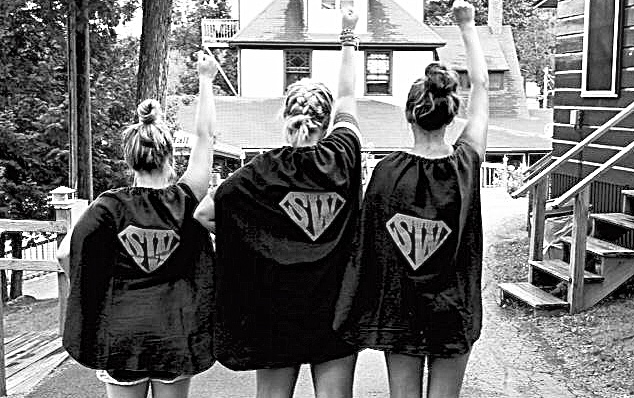 Although it isn’t something anyone wants to be a specialist on, unfortunate circumstances have made me somewhat of a grief expert at just 20 years old. Seven months to the day after losing my mom I got a phone call that made me relive my worst nightmare. My best friend’s dad – the man who’s been my second father since the second grade, the guy who was my own dad’s closest friend – had died in his sleep.

I was filled with a second wave of shock and grief, but none of that compared to knowing that my very best friend was going to have to fight the same incessant heartache I have been battling over the past year. I wanted to do everything in my power to protect her, but being on the other side made me realize there was something I could never protect her from – other people.

People don’t know what to say to a friend suffering anything from a significant loss to a break-up. They tend to get tongue tied and embarrassed, which often results in saying things that unintentionally makes everything worse.

Everyone’s first instinct is to ask a simple question – How are you doing? Although it seems harmless, this is one of the worst questions of them all. This forces someone to plaster on a fake smile and say they are doing the best they can, when on the inside the person is thinking something on the lines of ‘I’m absolutely miserable, thanks for asking.’

And before moving on, let me emphasize the need for you to NEVER use clichés. Especially the they are in a better place now or everything happens for a reason. There is no better place for a father than walking his daughter down the aisle on her wedding day. And I can think of no good reason my mom won’t ever meet her grandchildren.

The real problem is in people focusing too much on what they can say to comfort someone when really the focus needs to be on what they can do. The only way anyone can get through tragic circumstances is with the help of their friends, and, thankfully, just being there without saying anything at all is often the most comforting.

While your friends won’t need countless pity texts asking about their state of mind, they will need someone to tell them to get their butt out of bed and into the shower so you can get some froyo. They won’t need you to give them hours of philosophical life advice, but they will need you to keep them company as they cry. They don’t need to hear the comments you have making sense of the tragic situation, but they do need you to really listen.

Most importantly, remember it’s the little gestures that are able to brighten someone’s day in times of grief. Nothing could have made me happier at one my saddest moments than opening the door to a delivery of two-dozen donuts from my favorite bakery. And when I looked at the card and realized they were from my sorority sisters, it made me realize going back to school would be much easier than I originally thought.

As terrible as these events have been, it is in the darkest times that you realize the importance of friendship. Whether it is the friends you have known your whole life, or the ones you have only known for a few years, it is inspiring to see the amount of energy people will place into putting the pieces of a shattered friend back together.

So my last piece of advice is simple. Be that superhero your friend needs. Whether it’s helping a friend with the loss of a parent or a breakup – don’t forget the amount of power your friendship holds. I know I wouldn’t have made it through these past eight months without the friends who would undoubtedly put Batman to shame.