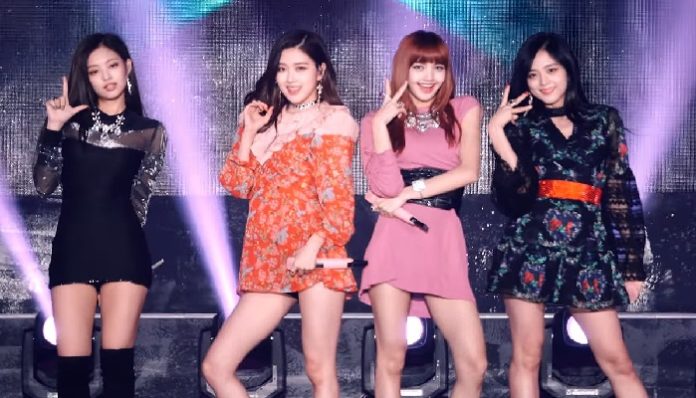 Ever since 2009, multiple K-pop songs have made it onto the Billboard Hot 100 chart. It all started with Wonder Girls, releasing their hit single “Nobody” in four different languages. As of right now, artists and bands such as BlackPink, BTS, GOT7, and MOMOLAND have gained more popularity within the Western world than ever before. Some of these K-pop groups even participated in recent collaborations with American artists, like Blackpink and Selena Gomez for the song ‘Ice Cream.’

The increasing popularity of Korean media is attributed to what we know as the ‘Hallyu’ Wave.  Throughout the past decade, Korean drama movies, such as Parasite, have garnered millions of fans and awards worldwide. However, the movement did not only stop there — K-beauty and K-fashion have also influenced social media trends. Nowadays, Seoul is perceived to be one of the major fashion hubs in the world.

In order to commemorate Blackpink’s new ‘The Album’ release, I’ve has compiled the 4 best outfits from K-pop music videos.

Although there are many outfits present in this video, one of the styles that stood out is from the cover of the YouTube music video. Unlike other K-pop groups who usually dress in pastel and monochromatic outfits, the styles among the four members are quite contrasting. Two are wearing black with flower-printed boots, and the other two are donning a plaid top. The different colors worn by the members display a ‘grungy’ and ‘moody’ vibe but complement with one another nicely. With that being said, why not take some inspiration, and wear a simple black outfit with some flowery boots for your next socially-distanced party? It’s a unique outfit that is easy to purchase and pair.

The different-colored dresses and graphics in the music video are stunning. The silhouettes also match the theme of the forest — cottagecore much? In the middle of the video, the members are also seen wearing dresses with triangular prints. Even though Coachella and other music festivals were canceled this year, the outfits can really make us feel like we’re dancing with our friends again.

Halloween is coming up in a few weeks and wearing darker colors is now more relatable than ever. Throughout the video, members of Everglow are wearing all shades and styles from vibrant reds to plain blacks. However, the most applicable outfit right now is on the YouTube video cover — some members styled their black tops with white bottoms whereas others adorned themselves with face jewelry. Either way, the contrasting white-and-black outfits, and chains are edgy enough to wear for a socially-distanced Halloween party.

Similar to the song by Everglow’s tune, “Peak-a-boo” is another song perfect for the fall season. Plenty of styles are also present in the video, ranging from glittery tops to plaid dresses. However, the outfit that stands out in the video is perhaps the one with the red dress and the red or black high-boots. After all, the monochromatic feel is easy to pair, wear, and rock.

K-pop idols are known for their work ethic, fashion style, and talent. Different groups portray a different personality to fans. For example, members of Red Velvet tend to wear monochromatic outfits whereas singers from Blackpink tend to go for a more ‘grungy’ and ‘E-girl’ style. However, the diversity of fashion within K-pop is perhaps one of the most interesting aspects of the music genre. Every artist sings about different concepts and presents themselves in a unique way. And that’s perhaps what we can learn about fashion from Kpop — being ourselves and pairing what we like.