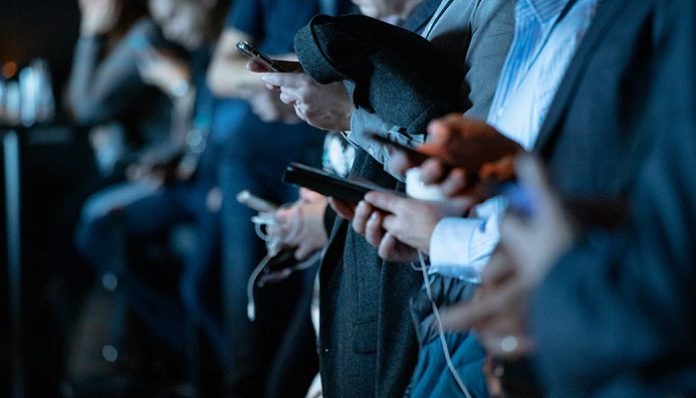 Almost everywhere you go, there are herds of people staring down at their phones. They look like a group of zombies — no one is paying attention to what’s going on around them since whatever is on their phone seems to be more important. Nevertheless, you only think about it for a second, and then you’re back to staring down at your phone, scrolling through Facebook. That notification you just got makes you feel more comfortable in your surroundings. Your friend is talking about something, but you have to keep asking them to repeat it — after all, you had to finish posting that comment.

Most of the time, the use of social media isn’t problematic. Everyone can go through their day, check Facebook, or whichever is their platform of choice, and move on. However, sometimes that’s not the case. As of September 2020, about 5-10% of Americans have met the criteria for social media addiction.

What exactly is social media addiction?

Social media addiction is just like any other addiction. Someone who suffers from it may have an uncontrollable urge to check their social media. They devote so much of their time and energy to social media that they lose track of other areas of their lives.

Social media addiction can feel almost exactly like every other substance abuse disorder. You may have mood swings and anxiety when there’s no access to the internet, and your tolerance grows — you need to check social media more and for longer periods of time every day. The amount of time you started with just doesn’t seem enough anymore. You could also face legitimate withdrawal symptoms if you don’t get that time on social media.

Some neuroscientists have literally compared social media notifications to an injection of dopamine straight to the brain. In fact, social media acts like mind-altering drugs that cause the brain’s reward system. In other words, social media triggers the same reaction as a drug as strong as cocaine.

A study at Harvard University has shown that putting yourself out on social media lights up the same areas of the brain as taking an addictive substance.

The brain associates likes, comments, retweets, etc. with doing something great, causing dopamine levels to rise and create a positive reaction in the brain. If you notice that you may have lost yourself in social media, that most of your time is spent scrolling through Facebook, or that you only feel happy when you’re on social media, you may be suffering from social media addiction. You could also get jittery or anxious when you have no access to social media.

Not all hope is lost, though. Just like any other addiction, there are ways to fight and win this war. Step one, which may be the most difficult one, could be a social media detox. Significantly reducing the amount of time you spend on electronic devices seems difficult, but it’s possible. It’s something as simple as turning off the notifications for your social media apps.

If you don’t get the constant notifications, it’ll be easier to pull yourself away from your devices and focus your time on what’s happening in the non-digital world around you. Allow yourself some time or a certain part of the day to check your social media and stick to the schedule.

On top of that, designate some times every day where there’s absolutely zero screen time. When you sit down for lunch or dinner, keep your phone in a different room. As you prepare for sleep, put your phone across the room so that you don’t check it in the middle of the night or use it right before bed.

Most importantly, remind yourself that your life is not comparable to what’s posted on social media.

People put their best and brightest moments out on social media, but that’s not their entire life. You are not inferior to them. It’s the highlight reel of their life, not the reality. Some of this addiction may be triggered by FOMO (Fear Of Missing Out). What about the fear of missing out on real life?

By reducing screen time and setting boundaries (and sticking to them), it’s possible to overcome social media addiction. The other treatment — if you feel too overwhelmed — is to reach out for professional help. Talk therapy is always an option to find the root cause of your social media addiction. Set up an appointment to talk to a therapist. It’s okay to search for help outside of yourself.

At the end of the day, social media is not evil, but it’s important to take everything in moderation.

Somehow You’ve Managed To Make The Girl Who Is Broken, Smile...