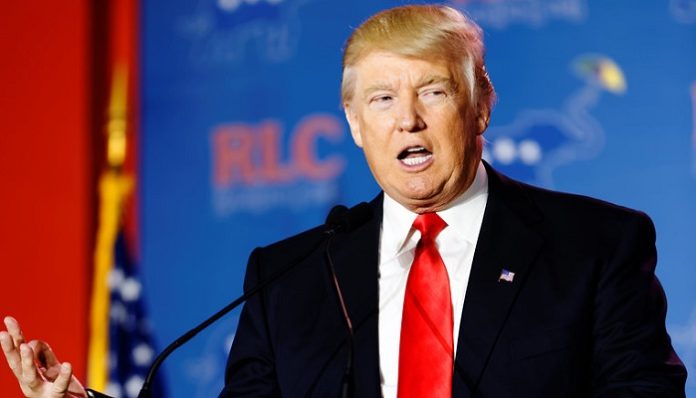 When I woke up this morning I found myself on my couch with my favorite snack, in my comfiest of clothes, and the urge to watch a new movie. I was thinking of the new docu-series “2017: The End of America As We Know It”. Instead all I got was Donald Trump’s inaguration, which isn’t far from what I originally wanted.

As I watched this fascist mango in an ill fitting suit, a million thoughts were running through my mind, and I know I’m not alone in my thinking.

2. How different the demographic of this crowd looked as opposed to Obama’s.

3. How much Trump resembles a cured ham. I wonder if his orange spray tan counts as a marinade?

4. When Trump was sworn in as president, put his hand on the Bible, and had to repeat the words, “to preserve, protect, and defend the constitution.” I couldn’t help but remember that he had violated and advocated to violate the Constitution (his proprosal of a Muslim ban/registration, and his support of the very unconstitutional Stop and Frisk laws)

5. I was hit with the sudden realization that this man is really going to be in charge for the next four years. He would probably tweet the nuclear codes at 3AM during an argument with Fergie or something at any time now.

6. As Trump took the stage to give his address, there were soldiers behind him and he looked an awful lot like a dictator.

7. I wondered how many hopeful YA authors had cried during this election because all their ideas for dystopian novels had been taken.

8. Hillary is there smiling and I feel a pang of pain for her. She deserved to at least lose to a worthy opponent, not a reality show star in a cheap toupee.

9. Donald looked so grouchy and surly the whole time. He looks like that uncle that posts racist memes on Facebook and wore camo to your graduation.

10. We’ll never get to see what kind of elegant pantsuit Hillary would have worn at her inauguration ball. That would have truly been one for the history books.

11. When I heard Donald say that politicians had “enriched foreign industry at the expense of our [American] industry” and remembered that all of his cheap merchandise had been manufactured overseas. Don’t burn your mouth on that tea.

12. When Trump talked about his win and said that “the people became rulers of this nation again” and the camera panned out to a sea of white faces in the audience. Which people, Donald?

13. I secretly had hoped that today Beyonce would have dropped an album full of revolution-based songs and called it “Apple pie”.

15. When Trump said, “the time for empty talk is over, the hour for action is now”. I checked my phone and saw footage of the anti-Trump protests and read about the Women’s March. I guess for once Donald and I agree on something.

And with that I’m going to give President Donald Trump the final word… Good luck America.