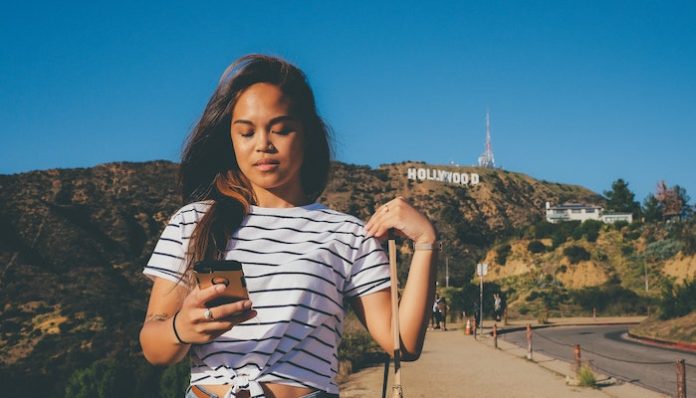 When I met my ex, we immediately clicked. He loved theater, travel, and books — things I loved, too.

He wasn’t what most people would think of as a hot, but I found him incredibly attractive with his geeky yet cute face. I considered this ability to see his not-obvious hotness as my superpower and was convinced that it proved we were meant to be together.

I’m not sure I can call him my ex as he wasn’t technically my boyfriend. I didn’t know where he lived and he never met my family, but he was definitely more than a booty-call.

There isn’t a name for our kind of relationship unless it’s a hook-up with consequences. We saw each other casually for a few months, a while ago.

Whatever you want to call it, in the end, he just wasn’t that into me.

“The sex was electric,” my ex said about his new relationship as he was ending ours. He didn’t realize how much he was hurting me with those words because he was already stupidly in love.

Instead of screaming and crying, I insisted that we stay friends.

My plan was to wait his new relationship out. Sure, she was great now, but in time he’d want me back.

If I were still in the picture as his “friend,” he’d know where to find me. All I needed to do was to practice a little patience.

The last thing I wanted was to compete with the new girlfriend. I hoped he’d just find his way back to me like a lost dog. We were in a kind of emotional limbo; our only contact was the occasional email or status comment.

Then I met my current boyfriend, and even though I couldn’t completely let go of my ex, I decided just being Facebook friends was enough.

I had almost forgotten him when he commented on my blog.

A mutual friend had reposted one of my entries on Facebook, and my ex (for lack of a better word) commented on it saying, “One of Christine’s best-evers.”

When I posted it, he said nothing. She shared it and suddenly there he was reminding me of his existence.

I don’t know if he believed he was being nice or if he even gave his comment a second thought. Whatever he may have meant by “best-evers,” I interpreted it as his saying we still had a chance — and I became completely obsessed.

I started checking his Facebook page 8-10 times a day and did hourly Google searches. Moreover, I read between the lines of his posts, searching for clues proving he still had feelings for me or if there was any trouble going on in his new relationship.

More than anything, I prayed that his status would change to “It’s complicated,” but it stayed firmly “In a relationship.”

Yelp turned out to be my information pay dirt. From his reviews, I learned where he lived when he referred to his apartment being across the street from a particular donut shop, how he preferred his foot massages to be gentle yet firm, and what his favorite dishes were at his local Chinese restaurant. Hmm, I love Kung Pao chicken, I’m going to have to order it from there sometime.

I was getting so involved in his world that I was forgetting about mine. I was becoming obsessed with my ex-boyfriend.

Why is it when men are finished with someone, they’re done? But women continue to feel a connection that never dies. Or, maybe that’s just me.

When I ask my current boyfriend about his exes, he shrugs his shoulders indicating that he has no idea where they are or what’s happening in their lives. He doesn’t even care. His old girlfriends could be running small countries or solving the problem of global warming and he’s not interested.

I don’t understand this lack of curiosity. How could he not want to know?

All my exes fascinate me and I keep constant tabs on all of them, except for the one who moved back to Pakistan. And if there weren’t about a billion Mohamed Ashrafs on Facebook, I would have friended him too, a long time ago.

My Internet surveillance skills are amazing, but they pale in comparison to my ability to stay in touch when there’s nothing there.

Luckily, my boyfriend has no problem with me remaining friends with my exes, even though he isn’t friends with any of his ex-girlfriends.

I’m not a Wiccan or any kind of witch, so it was pretty clear that I was getting out of control when I went online searching for free love spells.

I was too scared to actually do a spell to make my ex love me — that’s really crazy. I’ve seen enough movies to know you don’t mess with someone else’s will because when you do, it comes back to destroy you three times as fierce.

I found a spell that would make my ex think of me. How bad could that be?

I chanted it five times a day and sometimes I’d add in other things to the basic spell, like having him call or message me as if I was adding spice to a soup or stew.

And the funny thing is that the spell worked! When I saw his name appear on my phone, I was thrilled.

We had a long conversation where he talked about a trip to a Harvest festival, foreign beers, and bronchitis. We talked a lot about him, his girlfriend and very little about me.

Our conversation wasn’t the romantic, exciting one I had imagined — it was awkward and boring.

My boyfriend is one of the kindest, sweetest people you could ever meet. He has gone to a sushi restaurant for me even though seafood makes him sick; he always takes my car in for repairs; when our cat was dying, he held her paw.

I know he makes my life better every day, and if there was a special prize for boyfriends I’d nominate him for a Lifetime Achievement Award.

But my passion for my ex is like a rash that flares up from time to time and won’t ever fully go away. I’m lucky that cyber-stalking an ex isn’t considered cheating.

After the sucky phone conversation, I realized that no matter how much I investigated or how many free online spells I cast, my ex would never care about me. I needed to focus on the man who did love me or else I would end up alone.

Look, I wish I could say I completely deleted my ex from my life, but I haven’t.

I looked at his page today and saw pictures of him and his girlfriend hiking in Utah, celebrating a birthday, and a solo one of him looking with so much love in his eyes at the photographer that I didn’t have to read anything to know his girlfriend had taken it.

In this case, I hit “like” and then hid him from my feed. I’ve got my own life to share.

Photo by darlene on Unsplash

10 Annoying Habits Of Needy People & How To Deal With...