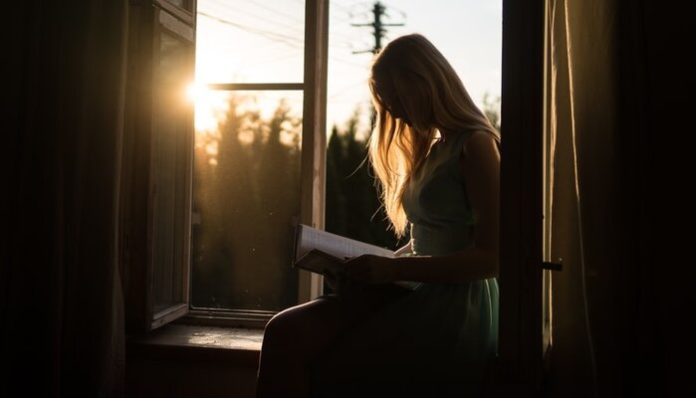 Now that summer is almost over, I am very excited for fall to be here! I love snuggling up with coffee and a good book on a cold fall day, watching the leaves fall down. However, sometimes it can be difficult to find a good read you can’t put down. So here are some new August releases you can order as soon as they drop!

The book all twi-hards have been DYING to read! Midnight Sun is the long-awaited version of Twilight told from Edward’s perspective. So pack your bags and get on the next flight to Forks, Washington!

Where Dreams Descend by Janella Angeles

In this first installment of the Kingdom of Cards series, we are brought into a world of magic. Where many magicians face off in a dangerous game to see who will be the next headlining magician. But as the game goes on the tasks get riskier and 3 of the magicians have to deal with the secrets in their lives before the darkness comes after them.

Bookish and the Beast by Ashley Poston

The third book in the Once Upon a Con series gives us a present time retelling of Beauty and the Beast. Beauty and the Beast is in my opinion, one of the best love stories. Who doesn’t like the idea of love changing someone for the better and finding love in a place you never thought you would? Well in this retelling, Rosie and Vance’s paths cross in the most unexpected way and a rare book is destroyed beyond repair. And on top of that, they both hate the idea of spending time together. However, they end up stuck together. You’ll have to grab the book to find out what happens!

This book follows the life of Ashley Bennett in 1992 as she is ending her senior year of high school. As she is closing this chapter of her life, it seems to be one of the scariest and most eventful one yet. Ashley and the people around her are engulfed in riots and protests from those outraged by recent events. I won’t give away too much, but this book dives deep into issues of race, class, violence, and their intersections.

They Wish They Were Us by Jessica Goodman

They Wish They Were Us reminds me of Gossip Girl mixed with Pretty Little Liars. It takes place on Long Island at a prep school. Jill’s best friend, Shalia, was supposedly murdered by her boyfriend during their freshman year. Then senior year Jill starts getting strange text messages saying someone else killed Shalia. Now, Jill is questioning everything.

Vanessa Yu has been able to see people’s fate at the bottom of their teacup for her entire life. One day when she accidentally sees her own tragic fate, she decides to move to Paris and live with her aunt. While she’s there, she reconnects with her aunt and learns the origin of her gifts.

The Daughters of Ys by Matthew Tobin Anderson

For many years Queen Malggven protected the city of Ys from the monsters below. But when she dies her daughters go their separate ways, only to be brought back together to save their home. This graphic novel is a retelling of a classic Breton folktale.

This book tells the story of Jenny McLaine. Jenny is going through a break up with her boyfriend, friends, and job. And on top of that, her mom is about to move in with her. This book shows the very real, sad, and sometimes funny reality of being a woman in the 21st century.

The Lazy Genius Way: Embrace What Matters, Ditch What Doesn’t, and Get Stuff Done by Kendra Adachi

In this self-help book, Kendra Adachi shows us how to ignore the ‘shoulds’ in life, work hard at the things that matter and ignore the rest. I genuinely cannot wait to read this book!

You Had Me at Hola by Alexis Daria

This book gives me big Rom-Com vibes. Forcing, a soap opera actress and a telenovela actor into a very public relationship to save their careers. At first, the couple has zero chemistry. So, it leads us to believe the whole thing will crash and burn. But after spending a few late-night rehearsals together, sparks start to fly!

Now head online or out to your local bookstore and grab these books while they’re hot! Don’t forget to grab a warm blanket, some yummy snacks, and a hot beverage of your choice! Happy Reading!

5 Ways Investing In A Swimming Pool Improves Your Life