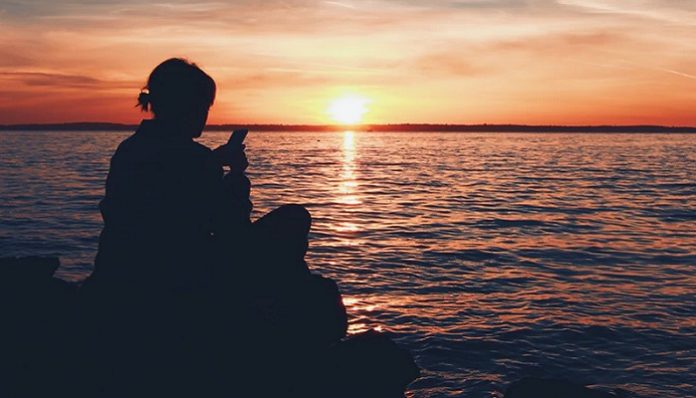 It’s your first time that your potential new boo-thing is out in public with you. The two of you are headed to the mall for a quick run in, run out type of deal but you absolutely need to grab a new pair of leggings while there is still a sale at American Eagle. He decides to be all cute and share a pretzel, but whilst sharing it your ex is also enjoying a pretzel a mere feet away. Of course, later that night he decides to text you to tell you how cute he looked. Why do exes always have to appear at all the wrong times?

Before you even consider texting him back, look at how your relationship ended. If you decided to end things with him, he probably was a little jealous when he saw you sharing that cinnamon sugar pretzel with someone else at the mall. Does he seriously think that texting you is going to magically make you forget all the reasons why you ended it in the first place? After all, he is probably just trying to remind you of all the lovely time you had together – so don’t fall for it.

Personally, I once had a great thing going with a potential new guy in my life, but I felt more comfortable falling back into the old routine with my ex versus risking getting hurt with some new. Unfortunately for me, my ex and I continued to disagree constantly, and our old habits never changed. Needless to say, our reignited relationship simply burst into flames and disintegrated.

Meanwhile, the guy I was interested in ended up meeting someone who wasn’t carrying any ex-bf baggage and they’ve been together ever since. Actually, he just got her a promise ring last Christmas. Life lesson learned: Definitely don’t throw away a new romantic interest just to go back to the failing routines with your ex. Emotionally, you need to treat yourself better than your ex ever would and give yourself the happiness you deserve!

If it is really hard for you to shake off his texts, you probably still have feelings for him. Even if it the smallest ounce of feelings, they will pop up and ruin a new relationship. You can’t successfully start a new relationship if you are still carrying baggage from the previous one. You don’t deserve the mental turmoil of falling for a new guy while emotionally tethered to your ex.

If your ex texting you really throws you through a loop, you need to consider what you’re still hanging on to. Tell your new boo that you need more time to get over your ex, but assure him that you would love to meet up in the future. Now you will have more time to sort out what is still holding you to your old guy.

Giving yourself some space to heal will make you more independent and more emotionally capable of starting something worth committing to. There is no shame in admitting you need time to heal. If I would have been emotionally ready to handle a relationship with the new guy, I would have never wound up with my ex again. This time around, I’ve given myself plenty of time to fully heal old wounds and move on.

Instead of falling for a million wrong guys in a row, the time I took to focus on me also allowed me to figure out what I really want in a guy. I’m mentally at a spot where I know what I’m looking for and what I want in life. A new romantic interest for me is going to have to be in that same mental spot, too. I’m also okay with being alone. I don’t need anyone to fill the void because I’m emotionally healed to the point where I don’t have a void. I’ve never felt better.

So when your ex comes virtually knocking at your door, remember what is best for you. Don’t be afraid to take some time to figure yourself out and mentally sort out your past relationship. When you’re emotionally ready to take on a new commitment, there will be plenty of mall pretzels to come in your future!