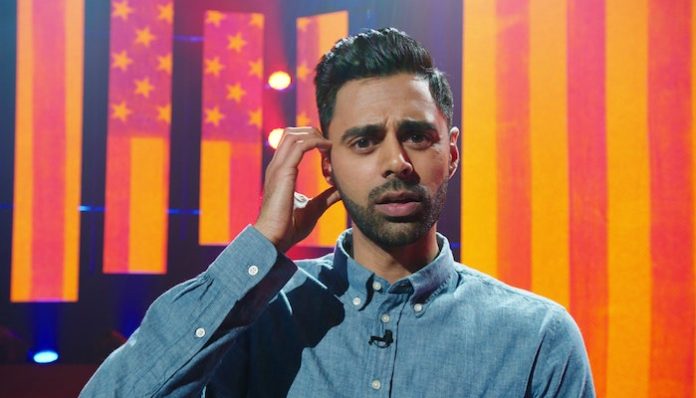 It’s been a weird year for the world but a great year for comedy. After all, the stand-up specials on our favorite streaming platforms have kept us laughing as the world rapidly changes. Whether you’re a budding comedy fan or a seasoned comedy special viewer, you’re sure to find a Netflix comedy special that will make you laugh.

Here are eight stand-up comedians that are worth your time (and laughs!):

An Australian comic whose routine tosses ironic detachment in the trash, Hannah Gadsby’s laugh-out-loud 69-minute special will change how you think about life. Touching on the joys and trials of life as queer woman, Gadsby offers moving reflections about LGBTQ+ life. She also claps back at her comedy idol Louis C.K. and pulls no punches. Nanette will leave you thinking about sexuality in a different light and of course, laughing plenty.

In this 72-minute special, Iliza Shlesiger shares what she does best – humorously educate her viewers on womanhood. With her accessible feminist humor and poiginant perspectives, Shlesinger reflects on society’s insistence that women procreate. This special will have you screaming, “Yes, girl!” while holding in side-splitting laughter.

3. Dave Chappelle, The Age of Spin

It’s difficult to skim through Netflix’s comedy offerings without encountering a Dave Chappelle stand-up special – and for good reason. According to critics, The Age of Spin is one of Chappelle’s best specials in recent memory. And if you love The Age of Spin, you should also check out Chappelle’sDeep in The Heart of Texas, The Bird Revelation, and Equanimity. Of course, Age of Spin (along with Chappelle’s other specials) doesn’t come without controversy. Furthermore, the 67-minute Age of Spin special delivers some classic Chappelle – insight into life as a black man and a whole lot of humor.

Taking relatable topics, like dating in your 20s and keeping them surprisingly fresh, Taylor Tomlinson will upend all of your expectations in the best way. With its combination of musings on Tomlinson’s upbringing and her dating misadventures, Quarter-Life Crisis will make you laugh – and think about what it means to be a good person.

Weaving an intricate (but hilarious) story about growing up as the son of Indian-Amercan parents, Hasan Minaj remains bluntly honest about growing up brown in the US. His truthfulness and analysis of race makes Homecoming King worth watching.

With his usual dark and acerbic wit, Anthony Jeselnik discusses death and serial killing and may make you  feel slightly terrible about yourself for laughing at his jokes. If you’re into dark comedy in which no subject is off-limits, Thoughts and Prayers is for you.

Chieng takes on modern American life, Asian stereotypes, and more in this searing, hilarious special. And if you like comedy that delivers ugly truths and makes you rethink your belief systems, Asian Comedian Destroys America is perfect for you.

Finding the humor in life can make this scary time a bit easier to deal with, and watching stand-up comedy is a great way to ease your anxiety. Check out these stand-up comedy specials for profound reflections on life and lots of laughs!

Ask Ada: What Does It Feel Like To Have An Orgasm?

I Give Endless Chances, Until You Do Me Dirty