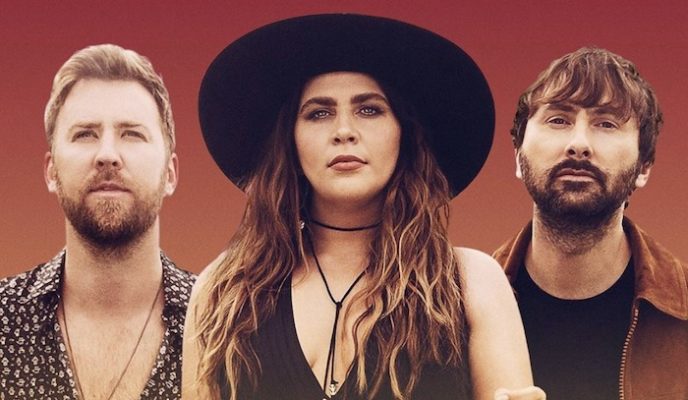 In the matter of less than a month, country band Lady A (formerly Lady Antebellum) has changed its name, found controversy with another singer who uses the same stage name, attempted to squash the beef publicly, and filed a lawsuit. What a whirlwind trip they’ve been going through!

Sadly, because of Kanye’s Presidential run, the alarming increase of COVID-19 cases, and other horrific news stories, Lady A’s ongoing drama has flown under the radar. Luckily, here’s a summary of all of the ongoing drama with the band.

On June 11th, Lady Antebellum changed its name to Lady A because of the slavery connotations of the word “Antebellum” and the ongoing Black Lives Matter movement. While many fans didn’t even realize the band name’s association with slavery, they supported the name change.

However, a singer who has used “Lady A” as stage name for over two decades didn’t feel so happy.

Seattle-based Anita White, a Black blues singer, immediately expressed her dismay over Lady Antebellum’s name change because she used the stage name “Lady A” for 20 years. In an interview with Rolling Stone, she also argued that the band didn’t do enough research before they changed their name.

“You found me on Spotify easily,” she said in the interview. “Why couldn’t they?”

Fast-forward a few weeks, the feud between the two “Lady A” entertainers has heated up.

Via Zoom, the band members reportedly met with White to negotiate a deal that would allow them to move forward with the “Lady A” name. Reports then started swirling that White wanted more money than what the group was willing to pay to hand over the rights to the name.

The public then exploded. Some people claim that the Lady A band is using the name change to mask their racism and gain popularity. Others still support the band’s decision, expressing that the group is really trying to make an effort to dismantle racism. There is no in-between.

After the meeting with the band, White vocalized her dissatisfaction with the terms they offered her. When the band announced that they finalized the deal, White claimed that the announcement was “premature.”

“I’m not happy about [the announcement…] after talking in good faith…” the 61-year-old singer told Newsday.

[The Lady Antebellum] camp is trying to erase me, and I’ll have more to say tomorrow. Trust is important, and I no longer trust them.”

As a result of ongoing, private discussions behind-the-scenes, the band, “Lady A,” is suing the solo artist, “Lady A.”

The decision comes after White’s camp demanded a $10 million payment for a name that she never actually trademarked. It turns out that Lady Antebellum already owned the name “Lady A” 10 years ago!

So technically, White is illegally benefiting from Lady Antebellum’s property.

In a filing submitted on Wednesday, July 8th, to Nashville’s U.S. District Court for the Middle District of Tennessee, attorneys for the band alleged that White’s new legal counsel “delivered a draft settlement agreement that included an exorbitant monetary demand” after the two parties had a discussion about “continued coexistence” under the name Lady A during their Zoom meeting. The court documents were obtained by PEOPLE.

The band formerly known as Lady Antebellum issued a statement to Entertainment Tonight Canada this afternoon explaining their decision.

“Today we are sad to share that our sincere hope to join together with Anita White in unity and common purpose has ended. She and her team have demanded a $10 million payment, so reluctantly, we have come to the conclusion that we need to ask a court to affirm our right to continue to use the name Lady A, a trademark we have held for many years.“

The statement went on to explain their initial intent to “make something beautiful” out of the situation. They also insisted that they never intended to take the name from White.

“We never even entertained the idea that [White] shouldn’t also be able to use the name Lady A, and never will — today’s action doesn’t change that,” the statement expressed. “Instead, we shared our stories, listened to each other, prayed, and spent hours on the phone… writing a song about this experience together. We felt we had been brought together for a reason and saw this as living out the calling that brought us to make this change in the first place. We’re disappointed that we won’t be able to work together with Anita for that greater purpose. We’re still committed to educating ourselves [and] our children and doing our part to fight for the racial justice so desperately needed in our country and around the world.”

Anita has yet to respond to the lawsuit.

And while most of Twitter is flipping out about how hypocritical Lady Antebellum is, plenty of fans still argue that White should have trademarked her stage name twenty years ago. People are truly split over news of the lawsuit.

I’m sure that over the next few weeks, we’ll get another update on the “Lady A” suit, but until then, we’ll probably see a few #cancel tweets until the case reaches a settlement.

Featured Photo via Lady A