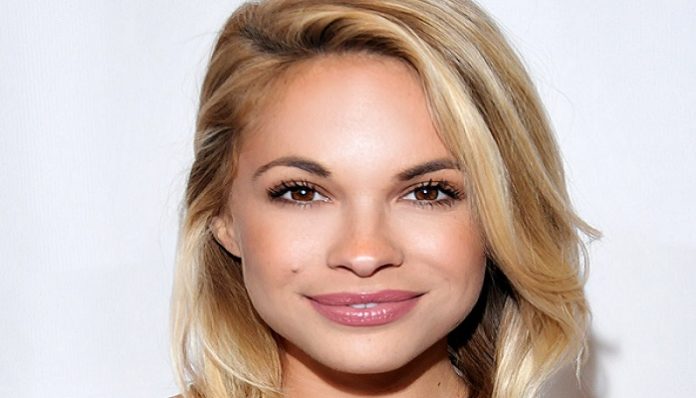 Model Dani Mathers made headlines recently for posting a body-shaming photo of a naked woman in a gym. Not only did this cost Dani her job at an LA radio station, she also got banned from all LA Fitness locations and is going to be spending a month getting rid of graffiti.

You would think that at 30 years old, Dani would know a bit better than to post something like that on social media. The picture of the woman was captioned, “If I can’t unsee this then you can’t either.” She then tried to backpedal and say, “That is not the type of person I am,” and that she knows that body shaming is wrong.

But if she does know, then why would she do it? It’s pretty obvious that it was body shaming. How exactly could she explain away that picture as anything else? The caption tells you her exact thoughts. I do not feel bad for Dani. Body shaming and exploiting someone online both carry consequences and hopefully, she will learn a lesson from the repercussions she’s now facing…

We’re still very much in the infantile age of social media. While in some ways it feels like we’ve never been without it, it’s still something that the law is catching up to. It’s almost seen as acceptable now to document everything online and people don’t always think about the consequences of doing that.

While it would be different — though still terrible — if Dani were whispering this comment to a friend, she instead posted it for the whole world to see. Not only does the woman in the photo get hurt in this situation, but Dani — someone who’s more high profile than the average person — is going to be scrutinized as well.

Nowadays that tweet or Instagram photo can cost you a job — something Dani learned the hard way. Posting something like that publicly means that’s the persona you’re sharing with the world. And employers are going to look at that person and see if it’s someone they want representing their brand.

There aren’t many employers that are going to want to hire someone who gossips about others online.

The woman in the photo was probably humiliated. She was changing in a gym locker room, something she probably thought was a private act. How would any of us react to a surprise naked photo of us plastered all over the Internet? Off-guard photos are hardly ever flattering to the subject.

Dani may think that what she captioned the photo with doesn’t technically constitute body shaming, but the wording of body shaming is a lot more complicated than one would think. Something that could sound like a compliment is actually a thinly veiled insult. And Dani’s comment wasn’t even subtle. There are some things we probably say without realizing that could be considered body shaming.

Many of us know by now that the word “fat” shouldn’t be used as a synonym to ugly. However, saying we feel fat is still considered an insult, and suggests that being fat is inherently undesirable. Talking about how skinny someone is or saying they can eat whatever they want can also be offensive. They may have a health condition or just be insecure just like someone else.

The promotion recently of “real women having curves” also neglects people that are naturally skinny. Women’s bodies come in all shapes and sizes and should be loved equally. As a society, we need to stop focusing so intensely on these body labels.

And if you haven’t, take Dani’s story as a wake-up call to watch what you say and do, especially on social media. The things we say and post publicly have more impact than we realize. Use your social media channels as a way to boost people up instead of tearing them down.

The Heart Wants To Move On: Why Texting Your Ex Is...