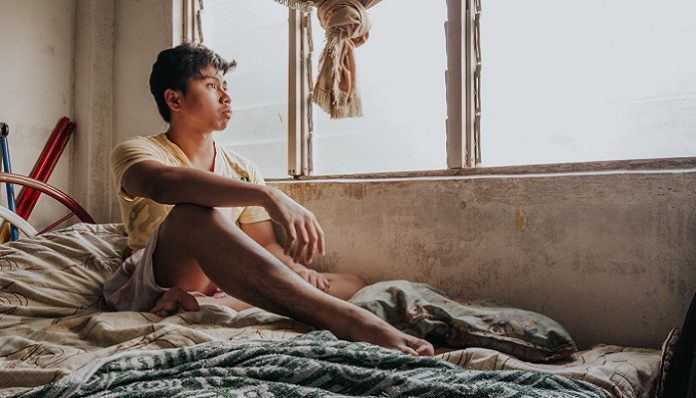 I roll over to check my phone. Saturday, September 12th blinks at the top of my screen over the image of Taylor Swift’s face I have set as my background. It’s 10:42. The light from the window on the far side of my room shines in making the room brighter than normal. It’s actually a really nice morning. It’s not as cold as it has been which makes getting out of bed ten times easier. What doesn’t, however, is the boy lying with his arms around me.

He makes me want to never leave my bed again. And not because I never want to leave his side or because he just looks so damn cute sleeping there. I’m not hopelessly in love with him or anything overly dramatic like that. This isn’t the moment I realize I am madly in love with him and that I always want him in my life, not at all, I barely know this boy. He just happened to invite me to a party last night and come over after. No, the desire to stay in bed has more to do with cultural norms that my generation is blamed for than it has to do with this boy. He makes me want to never venture out of bed because while we are in bed this thing stays simple.

Right now there are no strings attached.

This moment is allowed to just be a moment. Yeah maybe it has potential to bloom into other moments and maybe those moments can transform into more but for right now, none of that matters. For right now all that matters is that it’s 10:48 on a Saturday morning and I have nothing to worry about. It’s extremely peaceful. There’s no need for commitment here. No impossible questions that need to be answered. It doesn’t really matter about the past or the future, right now is just the present and we can just enjoy it.

Then, I hear my roommates and smell the pancakes cooking. My mind races through a couple of potential pathways and then decide that this boy has no chance of getting out without a couple pairs of eyes watching him as he leaves. They will all know that he slept in my bed all night last night. They will ask him to stay for breakfast. They will say things like “I bet you guys had some fun last night.” They won’t mean to make me want to curl back under the covers into the bed where things are safe. Where this boy is just mine and the world can’t see him or me. And later on when they ask me if he’s texted me, they won’t mean to but it will put pressure on this thing to be a something.

But things are safe here because they are still a secret here.  No one else is involved. I haven’t had to hear anyone else’s opinion of him, their thoughts on the situation, meaning their thoughts on “us”, or the gossip about the one girl who he may or may not have made out with at a party a year ago. No one else has to know anything while we are still here curled up in the warmth of my orange blanket. It feels like protection. It’s not that this needs to be kept a secret really, it’s just that while we are still sleeping it’s contained to the square feet of this room. It feels like there are endless possibilities but also no pressure for anything to actually happen here either. It’s a great spot to be in.

It’s 10:56 on this beautiful Saturday morning and I know that we could both get up and move on with our lives if we wanted. Never speak another word to the other again. Simply have what happened as a memory, a really fun random night. The night I’ll tell stories about. The night I’ll laugh about for happening but never really regret happening. Or we could get up, go into the kitchen and have breakfast with my roommates. Maybe text a little later, maybe end up in an actual relationship later. But that’s later; this is now. Now he is sleeping quietly and I can’t think of another way I would want to be spending my morning than this way.

I hear some kind of music start playing. It’s soft at first and then gets louder. It’s an alarm. 11:00. The boy reaches over and clicks off his phone causing the music to stop. He sighs and then opens his eyes to look at me. We both just sit there for another moment. It’s quiet except for the light chatter we can hear from the kitchen seeping in through the door. This phone buzzes again. He ignores it until about the fourth buzz when he reaches over and reads a text. He closes his eyes again. My phone buzzes. It’s my roommate asking if I want chocolate chips in my pancakes. I roll closer to him just so that we can have one more moment of uncomplicated bliss. His phone again. This time he sits up then he whispers that he has to go. I say ok and we both get out of bed.

7 Ways To Rekindle The Sexual Chemistry In Your Relationship