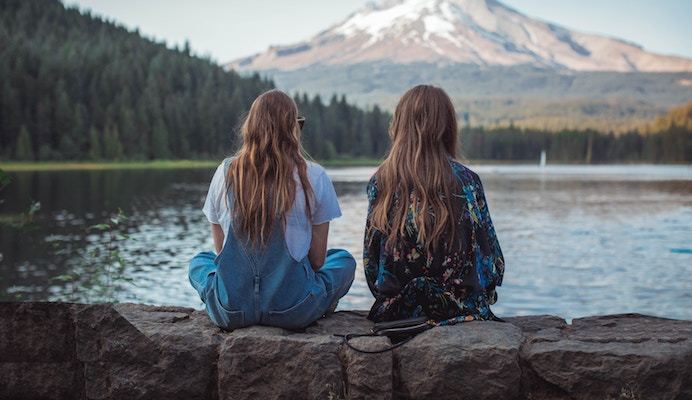 It may seem strange that one of my most clear memories from the last year is after a night of drinking. I was with two friends after what was one of the biggest let downs ever. While sitting in the car, one of them looked over and asked me what I wanted to do with my life. I didn’t have an answer—I think I was afraid to give any kind of an answer.

I avoided answering that question for as long as I could, but it kept coming back up in conversation. Finally, when I said that I wanted my writing to go somewhere. I wanted my writing to mean something, to make a difference, and  I wanted to do something to help people. To my surprise, these friends didn’t laugh. They didn’t make fun of these aspirations. These true friends actually encouraged and supported me.

I haven’t had something like that in a friend before. I’ve never had a friend that I’ve felt genuine support from or genuine compassion from.  People that have entered my life before that I felt were authentic with me.

As my friends and I talked, realized that with these people I could be my most authentic self. I didn’t have to hide anything. I didn’t have to fake my way through an awkward conversation or five just to fit in. And I didn’t feel that I needed to be someone else in order to get them to care. I felt the care simply from the fact that they took their time to listen to me. They took their time to build me up and make me feel like I was worth something.

These people made me feel like I was truly important. written about having real friendships before and I found them to be a struggle. I didn’t know what else there was to do. I saw everything through rose-colored lenses. I’ve always had a struggle of trying to see the good in people and trying to pick people up off the ground. I built them back up to where they can feel safe and happy—it always came back to bite me.

I feel that in that moment, I realized that I had true friends.

I’ve had people that genuinely cared for me and my well being. They weren’t asking the question in a berating way, it was as if they were asking it in a way to see if they could help me get there.

That night I remembered putting my guard up to try to shut them down and I was afraid because I’d never felt someone care that way before.

I don’t feel that way with these friends, I feel almost as if just by asking that question, by a few texts that are thrown out on random days, and just overall being there when I need someone, they’ve shown that I’m worthy.

These people are easily some of the most talented, kind hearted, interesting, funny, and compassionate people that I’ve ever met, and I know that I’m lucky to have them in my life.

I can say that losing friends is what taught me to appreciate friendships. But in reality, it’s friends like these that have caused me to know, love, and appreciate what a real friendship is.

Why I Hate Myself For Still Thinking About You

Why Memorial Day Means More To Me Because I Have A...

Trust Me, You’re Not The Only One Who Feels Lost