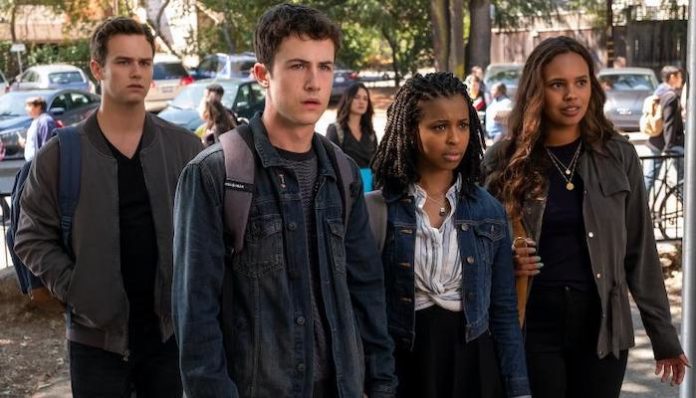 Don’t read any further if you do not want any spoiler alerts.

This month, Netflix dropped season four of popular teen series 13 Reasons Why. This series discusses many heavy topics, like mental health, sexual assault, drugs addiction, and LGBT. But this new season has sparked mixed reactions. Here are the best (and worst) parts of season four:

Since the show’s first season, Clay has struggled the most with Hannah’s death. He slowly learns to move on, but his mental health also declines over time. In this season, we see Clay’s severe anxiety and depression change him into someone that he’s not. But we also see his happiest moments – his first time with Valerie and him enjoying himself at prom.

As always, the producers added dark secrets into season four.   This season’s revelations blur the lines between friends, frenemies, and strangers. The characters alternately are people who fight the death of their loved ones, there are people who hide the truth to protect their friends, and jeopardize others’ lives to benefit themselves. There’s never a dull moment in this season of 13 Reasons Why!

This season also has many amazing lines that explore the nuances of life and death, Whether it’s Zach saying that at the end we all deserve to live or Clay encouraging everyone to keep moving, because even on the worst day, life is a pretty spectacular thing is this season’s writing speaks to the struggles we face in our own lives.

The final season of 13 Reasons Why wraps up many of the issues from previous seasons, including Justin’s untimely death. Watching Justin suffer from AIDS during his addiction recovery is heartbreaking, but it also brings the other characters together.

In the wake of Justin’s death, Clay, Jess, and Winston learn to forgive themselves for the past and bury their baggage.  The show reminds us that our feelings are human, and we all deserve healing.

In this season, the living characters are always talking to the ghost characters. I understand that the ghosts symbolize the characters’ battles with their traumas, but the “ghost talk” is sometimes overdone.

In this season, police guard the school, which makes season four extremely uncomfortable to watch right now. It’s unnecessary for the police to pop into innocent situations and “protect” the students in disrespectful ways.

Why would Tyler help the sheriffs uncover illegal gun purchases when it’s the officers’ responsibility? It just shows that the police in this show are lazy. After all, who’d hire a teenager to do such an important job?

The school’s secret nighttime meeting with the parents violates every boundary high schoolers should have with their families. It’s not OK to track every activity, message, and location the teens engage in or visit. Talk about a lack of privacy!

13 Reasons Why brings awareness to important issues, but the fourth season has both pros and cons. Even though this final season isn’t perfect, though, the series conclusion ultimately ties the series together.

Have you watched the latest season of 13 Reasons Why? What do you think? Let us know in the comments!