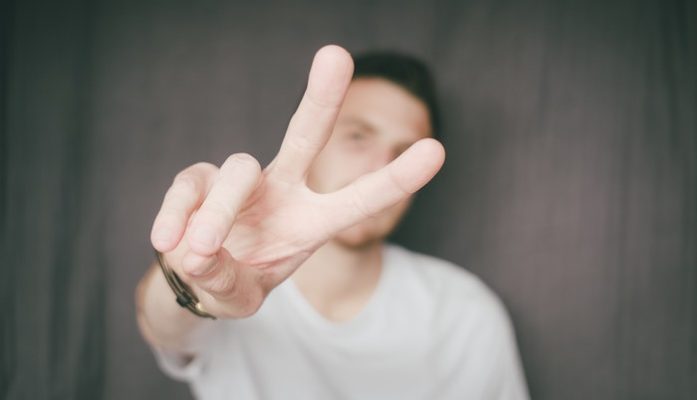 Whether it’s having to burn the midnight oil at work, getting an extra charge on a bill, or simply disliking something, I’ve heard this phrase used time and time again.

As a member of the alphabet mafia, I have heard it from friends and family alike, even after coming out. Let’s use our imaginations for a moment, shall we?

We’re traveling back to 2015. I was 28 years old. Recently separated from my husband with a one year old to care for, I felt like life had punched me in the gut. Butterflies danced with anxiety in my stomach, then died out like the light I once had in my eyes. Sitting in my living room in a hideously green armchair, my thoughts ablaze like wildfires, I whispered to myself, “Oh fuck.” I’d always found women attractive, and I identified as bisexual in my teens and twenties. Then, in that living room, as the sun streamed through the scarlet curtains, I came to an awakening.

Hidden deeply in the attic of my mind was my sexuality, which I’d ignored and thrown away the key to long ago.

The fact that this thought escaped that hiding place and haunted me until I acknowledged terrified me. As the granddaughter of a minister, I’d grown up in a conservative family. However, I knew I could no longer ignore the truth. If nothing else, my child deserved a mom that lived life authentically.

I slowly came out to friends, none of whom batted a single eyelash. Building on that success, I came out to my family. I inwardly dreaded their reactions and fully prepared myself for them to cast me aside as a sinning black sheep. However, I was aghast at their casual acceptance and unconditional love.

We’re taking the Delorean back to 2021. An acquaintance I’m supposed to assist with editing a term paper is running late to our Zoom meeting. Then, I receive a text: “Having 2 stay late bc no one else does there job. This is so gay.”

As I read the sentence, I feel quite taken aback. I decide to send a text back saying, “You know I’m gay, right?” The acquaintance never attends the Zoom meeting and never texts back. Disappointed in the loss of a paid editing job, I feel angry with myself for weeks afterward.

My inner monologue chastises me. You just had to say something, didn’t you? You couldn’t have left it alone, huh? My anxiety disorder kicks in like shifting gears in a racecar. 0 to 60 in under a minute… Record time! I bring the matter up to a “friend” who replies with a simple, “What’s the big deal?” (Needless to say, we’re no longer friends.)

That begs the question: What is the big deal with phrases like, “That’s so gay?”

The bottom line is, I have boundaries. I deserve respect as a human being. If I used the phrase, “That’s so heterosexual!” to connotate a negative event, cisgender straight people would be up in arms! Saying something is “so gay” when describing something negative is not okay.

As a bonafide lesbian, let me be clear for the folx in the back: It is not okay. It’s offensive and derogatory towards the LGBTQIA+ community. It was bad when Katy Perry sang about it and it’s still bad now. Odds are, you know someone in the community. Accepting and validating us is one of the most loving acts that can be exhibited. So please, the next time you need to describe something awful, just use the word awful. As for me, I’ll continue to live my truth. And if something offends me, I’ll stand up for what I believe in.

Photo by Dan Burton on Unsplash

5 Ways Tragedy Makes You A Hella-Strong Person, According To Psychologists

7 Tips For Grooming Your Dog At Home