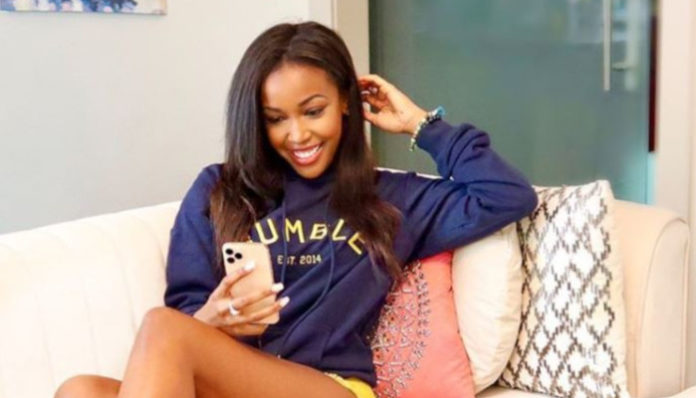 Personally, I’ve been very vocal about using dating apps and describing the roller coaster that it is. It’s like a never-ending carousel of eligible singles in your area who keep coming up one after the other week after week. And of course, there are plenty of painful conversations, failed matches, repetitive pickup lines and first dates (if you even get that far). It’s nothing but a bunch of disappointment.

However, there are some dating app faux pas that may be sabotaging your chances of finding a decent person. And the sad part is that so many women don’t even know they’re guilty of committing them.

By refusing to make the first move, you are taking away so many chances to meet someone great. We’re all shy, we all may feel nervous to message first and we’re all awkward at times. But the initiative should go both ways. Why limit yourself to only a select few who talk to you first? You’re fun, you’re great and you’re totally capable of coming up with something to start the conversation with. Take a chance and ask about a picture they have, give them a compliment or use a cheesy pickup line you found on Google. Just go for it!

2. Having a weak introduction.

As you probably have experienced, it can be frustrating when the conversation stays at the “Hey,” “Hey,” and “What’s up?” level for hours on end. It’s refreshing to start the conversation with something light-hearted or intriguing. For instance, use their profile to your advantage and pick things from it to mention in conversation. There are so many clues on there if the other person uses it seriously and has their bio filled out — particularly on Bumble and Hinge.

3. Sharing too much too soon.

Sometimes there are people who naturally make you feel comfortable and you start babbling and sharing your deep, dark secrets with them. And while some people might like that trait, others may think you’re coming off as a nervous, talkative oversharer. Obviously, you’re trying to be charming and outgoing but sometimes it can be too much and make someone uncomfortable, especially if the timing is wrong. Don’t give it all away at once and keep the conversation light. Similarly, don’t share too many stories or chaotic and depressing parts about your life — let those slowly come out over time.

4. Swiping under the influence.

We’ve all been guilty of opening dating apps and swiping like a madwoman after a few drinks. It’s great because you feel incredibly fulfilled matching with all these people at that moment. But then you wake up the next day and you’re shocked by your choices. Additionally, the conversations you had with those people may not be the reflection of who you are and what you’re looking for. As a result, you might have given someone the wrong impression of you. Hence, you may want to swipe and message with a clear headspace to ensure you’re portraying the way you want to.

5. Not being upfront about what you want.

Online dating is a great way to find people who are looking for the same unique things as you are. Sadly, that doesn’t mean everyone is on there with the intention to date, though. You automatically set yourself up for failure if you aren’t upfront and honest about your intentions. You owe it to yourself to be direct about what you want so you can actually get it. This, in turn, prevents you from wasting your and someone else’s time and experiencing mind games and heartaches. More importantly, it helps remind you what your goals are and helps you create worthwhile connections.

Sadly, we won’t always know why someone is uninterested in us no matter how much we overthink. However, by stopping ourselves from making these five self-sabotaging mistakes we commonly make on dating apps, we can minimize the risk of missing out on great opportunities and partners.

5 Roleplay Costume Ideas To Do At Home This Halloween