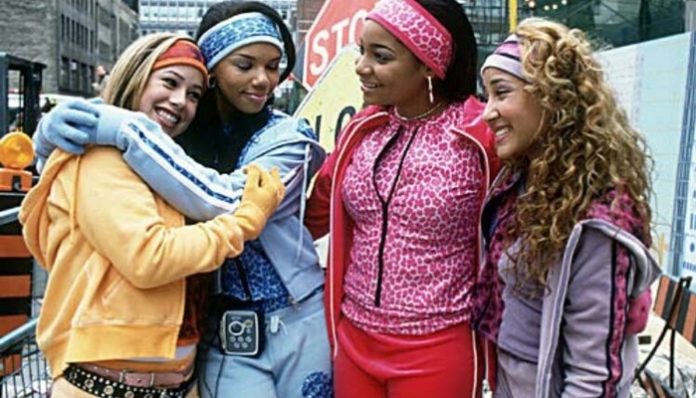 Amid the COVID-19 tragedy happening around the world, it’s been hard to stay up to date on our favorite celebrities. So in case you missed it, the Cheetah Girls are fighting, and the feud is getting nasty.

The drama all started when Adrienne Bailon urged for a Cheetah Girls reunion on her daytime talk show, The Real. Raven-Symoné, who also starred with Adrienne on That’s So Raven and The Masked Singer, also voiced her approval to go on the show again for a reunion.

However the other Cheetah Girls members are not having it.

Kiely Williams put Bailon on blast on social media during an Instagram live yesterday. She called her former bandmate and co-star a fake friend and a liar.

Keep in mind that Kiely and Adrienne also sang together in the girl group 3LW. The band’s members started a lot of drama, and the band separated around the same time that the Cheetah Girls formed. In years past, 3LW’s members shared dirt on Kiely’s nasty behaviour towards her 3LW bandmate, Naturi Naughton. However, this is the first time that Kiely has addressed any sort of issue with Adrienne.

Later in her live video, Williams made it clear that she doesn’t want to work through the drama with either of the ladies.

“I don’t feel like I have anything to make amends for, especially when it comes to Adrienne,” she said. “As far as Naturi goes, if there was ever a reason to apologize, all of that has kind of been overshadowed by the literal lies and really ugly stuff that she said about my mom and my sister. So, no. Not interested in that. I’m sorry.”

Regardless, thanks to Twitter, drama from past Cheetah Girls fights is resurfacing. And we’re talking messy cat fights on set and in public.

Fans are clearly shaken as their childhood idols spill some tea that none of us wanted to hear about, but one tweet sums it up perfectly.

Now, fans of the Cheetah Girls aren’t surprised that the girls didn’t last as a singing group after they filmed their final movie. It’s obvious that art imitated life when Raven left the group after Cheetah Girls 2 to focus on other endeavors. And it became especially clear that there was something wrong when Adrienne left the group as well, leaving Kiely Williams and Sabrina Bryan behind.

Luckily we know that at least two of the girls are still true friends. Kiely was part of Sabrina’s Bryan’s bridal party when Bryan got married in 2018. Clearly, they’re still on good terms.

Truthfully I’m still unsure how genuine Adrienne and Raven’s “friendship” is since they only ever gush about the past when they’re together to promote their upcoming projects. For years, Raven seemed embarrassed to have been part of the Cheetah Girls, so maybe she and Adrienne were never actually friends to begin with.

The strangest part about Kiely’s comments about the Cheetah Girls how out of left field they are. Could she be trying to jumpstart her career again? Could she be jealous that the rest of the group remained successful after the girl group broke up? Maybe Williams is still hurt that fans seemed to forget her? Regardless, I don’t think anyone saw this drama coming from a mile away.

Whatever happened to being “Cheetah Girls, Cheetah Sisters?” Guess there’s no girl power or good blood left between these four ladies!

How To Tell If You Have Fallen In Love With The...

How Staying In A Job You Hate Is Ruining Your Life

What You Need To Remember With Every Rejection