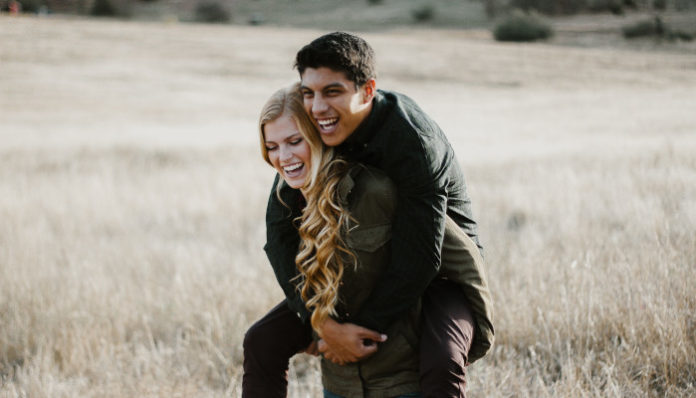 When I first met my boyfriend during my freshman year of college, he seemed really quirky. As our friendship grew stronger, I realized that he often looked at the world in an extremely negative way. While I loved his quirks, his attitude towards life often bothered me. In fact, his “realistic” mindset clashed with my hopeful attitude and even started several fights between us when we started dating. I worried we could never find a balance.

Although I initially thought that we could never overcome our differences in perspective, we learned to understand each other, which eventually made our relationship stronger.

I’ve always been a lively, upbeat, person. Honestly, it annoys some people, because I come across as a dreamer. In my mind, the bright side is the only side, and I don’t handle negativity well at all. As much as I love people, I’ve actually ended friendships with negative Nancys because all of their realism dragged me down and I could never find a balance.

My boyfriend, however, is a completely different breed. He looks at life in a rational, realistic way. I, on the other hand, am emotion- and people-driven. Sometimes my hopeful outlook frustrates my boyfriend because in his eyes, my perspective isn’t rational. He focuses on facts, whereas I focus on feelings. I initially struggled with our relationship because my partner’s realistic outlook negatively impacted my mood and dragged down my dreamy perspective. As you can imagine, our differences caused many heated arguments.

However, we eventually, we learned how to accept each other’s outlooks completely. So instead of seeing our varying perspectives as faults, I now feel that our differences actually enhance our relationship.

In other words, we balance each other out.

Andrew helps me think rationally instead of just letting my mind float away on a cloud. On the other hand, I’ve taught him how to see difficult events in a more hopeful light. These changes look good on us both, even when he takes a shockingly more positive stance on something than I do.

What I’ve learned is that my partner’s and my differences in attitude make us work. I love how rational he is because he helps me make difficult decisions. I also love that my boyfriend thinks everything through so thoroughly because he meticulously plans out every part of our date nights. There isn’t anything I would change about us as a couple. I don’t even know that I would ever fall in love with another dreamer now. Honestly, I much prefer my quirky realist guy who loves every part of my upbeat, positive self.