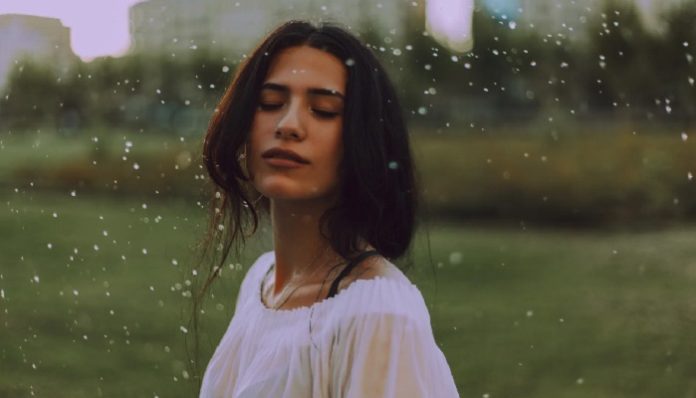 So as you can tell from my previous posts, my past relationships have been a little “sketchy” to say the least. I have never really found myself in a place that I have been comfortable in or with a person that I could really open up to. I will sometimes come off as awkward or straight up rude because I would rather keep myself guarded rather than attempt to build on a relationship that could potentially end up like the ones that I have had in the past. It wasn’t until I started talking to someone new that I realized, I have walls up higher than Donald Trump could ever wish to build.

This week I went on a date (shocking I know) and I was awkward beyond. Not that I’m not awkward in general or in the awkward that first dates go, but normally I can play it off as if it is my own thing; It’s my shtick if you will. On a normal day, I don’t come home questioning what I said or how weird I am, I just roll with it and carry on. This time was different, this time I really looked at why I acted in such an odd way and kind of just let words spew out of my mouth without processing first. And then I realized that I’m so used to being guarded, that I’m afraid to let someone new in to the point that I just kind of shut down and lose control.

It’s one thing to put my thoughts into words and let you all in (because trust me, I’m not fully letting you all into the madness in head), but it is another to be sitting across from a stranger and try to sell yourself. To try to make yourself look less crazy than you actually are and have them to be interested in the same things that you are interested in. Or just trying to sell the fact that your baggage can work with their baggage. Dating in general is awkward to begin with, but when it comes to finding someone that you really think it might be a good for you, it is a whole other game. It felt like for the first time in a long time, I didn’t want to screw this up.

So where does that lead us? Sitting at home alone with your pint of Ben and Jerry’s every Friday night and another marathon of Full House or allowing yourself the opportunity to meet someone new and attempting to try again. I know it might seem scary, but you have to allow yourself to move on from the past bullsh*t and try to find happiness again.

Sometimes you have to grab a ladder and jump over that wall that you built.

It is scary, it may be super awkward and, hell, it might not turn out to be the most ideal date, but you have to give yourself the chance to get back out there and try. Also, you never know, you might find your penguin (Soul mate, perfect match, lobster, whatever the hell you prefer to call your significant other).

Lesson to be learned: Sometimes you have to let down your guard in order to let something good happen. It is a scary experience, but it will be well worth it. Whether you find yourself with a learning opportunity or with your new “boo”, you have to allow yourself to put your walls down in order to get closer to people. Nothing good has ever come from shielding yourself off from the world, so open yourself up to people and allow them to see the fabulous you!

The Tale Behind The Tat: Why A Semicolon Is A Symbol...