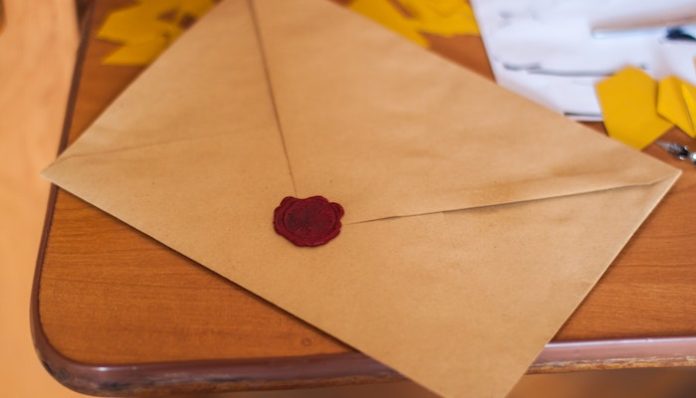 In 2010, I wrote a letter. 10 years is a long time – it’s almost half my life. Yet, as I open that letter, I’m right back at the moment I wrote it. I was 14, and Girls Aloud was my music of choice. I even recognize the pen I had used, the curves and not-quite-me-ness of my younger handwriting.

Opening the letter felt oddly anticlimactic. For 10 years of my life, I had kept this slightly faded envelope “safe”. And now, all I really hoped and all that seemed to matter, was that I made younger me “proud” – whatever that even means.

My letter wondered where life may have taken me, and the friends who wrote those letters with me. We were all so optimistic and naive – we didn’t fully realize how long 10 years actually is. One of us has a child, several of us have graduated from university, thus moving cities, one is a qualified and practicing lawyer. I’m proud of each of them – life has changed a lot and taken us on complicated, challenging, exciting, and ever-changing journeys. No, we haven’t traveled to space just yet, but we have all come a long way since that Thursday afternoon.

Spoiler alert! 24-year-old me is neither buying a house nor has a stable career. However, I think 2020 me is learning to measure “success” a little differently now. And maybe that is its own kind of growth.

In truth, I feared opening that envelope. I knew that younger me was perfectionistic and a planner. My younger version had high hopes for all that I would accomplish. She focused on achievements, and measured success in grades, and qualifications: visible things. So in all honesty, right now, I’m not sure younger me would even be able to comprehend my current reality. Let alone be proud of it.

Yet, when I think of all the things I’ve done, all the places I’ve been, all the hurdles I’ve overcome, and all the people I’ve met, I can only hope that younger me would be able to acknowledge them for all that they are and have been: life. Not perfect, not always “successful,” but real.

In just ten years, life has changed and changed again – more times than I can even count. I’ve done a lot of living, I’ve traveled to some wonderful places with wonderful people (some of whom, 2010 me didn’t even know). I’ve left school. I’ve graduated from university, twice. I’ve been published (yes, younger me, I am still writing!). I’ve seen heartbreak and true love. I’ve been to a friend’s beautiful wedding. I have grieved people who were taken too soon, so cruelly. I’ve danced, laughed, and loved. I’ve grown my hair, cut my hair, dyed my hair, and never returned to straightening it. I’ve got my ears pierced – in multiple places – and (curveball) I got a tattoo!

However, I’ve also spent a lot of time in hospitals. I have spent a lot of time trying not to be alive, to disappear, to be less X or Y. In truth, these past few years have been more about survival than living… and being “proud” of that is hard, complicated and messy.

I remember writing that letter so vividly, desperately hoping I’d be “okay.” And now, reading it under the shadow of another hospital admission following the hardest year of my life, I’m not sure I’m any closer to that longed-for “okayness.” Quite the opposite, actually.

But then, maybe it’s simply not a fair comparison. I cannot sum up 10 years of my life. I may not be where I had “hoped” I would be but 14-year-old me also hoped that I’d be someone who I’d like, and someone who had stayed true to herself. And just because those things are less measurable and less visible forms of “success,” it would be wrong to neglect them. Beyond everything, I had hoped that I’d stay kind, true, and honest. I have. I am. And I hope 2010 me would be proud of that. Despite it all, I have survived. I am still surviving.

So now, I’m writing the next letter. A lot can change in 10 years, and I have a feeling it’ll be in ways that 24-year-old me cannot even imagine!