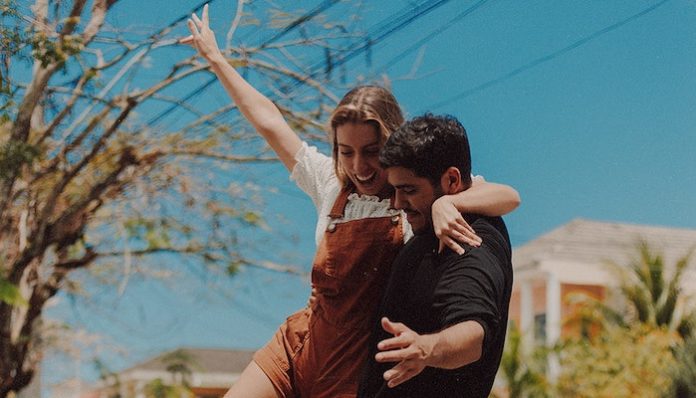 For Millennials who are looking for a serious relationship, dating is really hard these days. If your idea of meeting someone new is having casual car sex, then it’s stress-free and easy. But for everyone else, it’s a bloody struggle. Times have changed and dating isn’t as easy as it used to be for those who are interested in the real thing.

Not to make myself sound old, but dating isn’t dating anymore. No one goes on dates anymore unless it’s to try to get someone in bed. “Hanging out” is arguably the vaguest term in the dictionary. Does it mean they want to date or just bang you? No one freaking knows.

Literally no one is honest about what they want — especially those who want a serious relationship.

When the question “what are you looking for?” comes up on a date or on Tinder, us serious people panic. We want to be honest. But we are unsure if it’ll scare them away, give them an idea of how to persuade us into sleeping with them (and how to lie to us in the process), or change the mood of the conversation because our intentions don’t align.

The rules affiliated with modern dating have also affected how we find love. Phrases such as ”don’t text them too much,” “don’t stay the night too soon,” “don’t come across as too eager,” and “don’t be too honest” are familiar to all of us. What can we actually do that doesn’t feel like we are crossing a boundary? Even if we like someone, it feels impossible to let them know because of society’s boundaries.

Because we’ve learned from some of our parents’ life lessons (mistakes), everybody wants to enjoy their youth for as long as possible. No one wants to get serious when they’re young.

Sure, we wanted to wear makeup in elementary school and have our own apartment the moment we’re done high school. But marriage and serious commitment are the only things we don’t want. Keeping options open for as long as possible seems to be the most desirable so they get the best of both worlds.

Blame it on the parents of our generation. But I also feel like we are a generation of skeptics that don’t believe in happy marriage or a serious relationship. We’ve been so exposed to divorce and failed relationships that people tend not to believe that something serious can actually work out (mainly to avoid heartbreak for themselves). People would rather keep their distance from the risk affiliated with love rather than just take a leap of faith and be optimistic.

Influence of others aside, it also doesn’t help that everyone’s been screwed over before. Every single person carries emotional baggage from past relationships. As a result, a lot of people are scared to love. So they pretend they don’t have a heart even though they do. Being closed off with the assumption that every relationship will be the same is as popular as a black shirt. Everyone believes it these days even though it’s not true.

Personally, I don’t think that technology has harmed the world of dating. On the contrary, it’s made finding love more accessible to us. Sure, it makes it easier for people to lie and manipulate. But for those seriously looking for love, there are apps and websites that help you meet new people, and you can keep the communication open a lot more.

But despite the casual flings, liars, manipulators, and settlers we come across in our journey for love, it’s really soul-crushing at times for those who want their happily ever after. People like us get screwed time and time again and our hope slowly dwindles until we, too, become settlers. We turn into people who will allow themselves to be in almost relationships and situationships just to have the validation that someone half-heartedly likes us. And it’s all because we’ve been conditioned to think it’s normal and what we deserve.

For those who still do hope for love, be patient. It sucks to hear it for the millionth time, but patience will help fate align. It will happen when it happens regardless of the effort we put into our love lives.