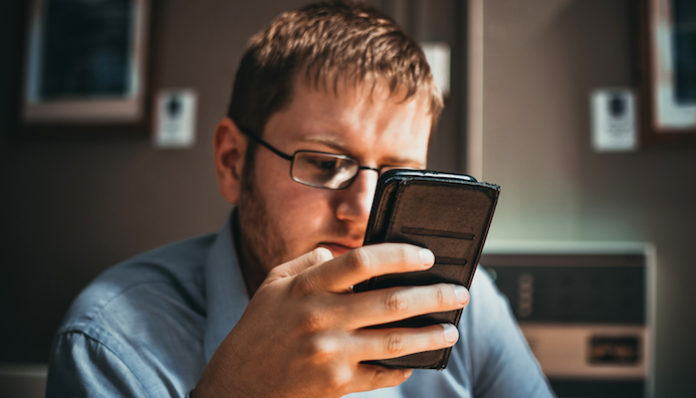 Just when you think the world has run out of ways for people to find love, another one miraculously appears. However, this one is far from conventional and certainly isn’t ideal for everyone. Shocker: It’s another app.

The new invention called Affair at Work wants to help employees who have external romantic relationships cheat on their loved ones. It links them up with their coworkers to have a “safe affair” in the workplace.

So basically, the app is like Ashley Madison but even messier.

Affair at Work differs from other dating apps because it’s about verifying if your office crush is into you rather than broadcasting your profile to a large public domain. So, it doesn’t show your profile to everyone in the area who is looking for an affair, unlike other apps.

If two people like each other, the site sends an email to both parties. Thus, you both know there’s at least some mutual attraction before you make a move.

Personally, I think that this strategy is meant to encourage non-users to create an account and see who likes them. Come on, how many people wouldn’t be intrigued by that kind of message!? I’d be nosey as hell.

Obviously, an affair isn’t the only end result creators had in mind. However, they still encourage others to use it to assess anybody’s feelings towards them, regardless of their relationship status.

In an interview with the New York Post, the site’s founder Mike (who only provided his first name for privacy) suggested that the site would help counter the #MeToo movements in the workplace.

Now, I just want to be clear. I highly doubt that this is the solution to get perverts to stop harassing others in the workplace. Plus, I find it hard to believe that the older generation (who are often accused of abusing their power at work) is going to be so knowledgeable in dating that they are going to create an account just to get some action. Preventing workplace harassment should be handled in other ways, such as people not being sex-driven creeps.

He goes on to say, “you can avoid rejection and shame, and even avoid being reported at work for harassment. If you ask someone out, you don’t know if that person might go to HR to say that you were proposing something.”

Well, as an adult you should already know, based on your delivery of your proposal, if they will go to HR. But that’s just common sense some people clearly don’t have.

Look, millennial women aren’t opposed to dating within the workplace. Cosmopolitan recently did a survey that showed 84% of readers would date someone at their company who wasn’t on their team. But the purpose of this app is to give coworkers a safe place to have affairs and that’s what’s extremely, extremely unappealing to most people.

Affair at Work does claim to have made 20 reciprocal matches and fielded more than 350 requests so far. But don’t kid yourselves, once they reach 500, they’ll start charging $9.99 USD just to view a match. I know the service isn’t even worth it if you have to pay to view a freaking match.

While I applaud this company for creating a unique type of dating app, I’m still left shaking my damn head. What is happening to our society?

Featured image from via Pexels