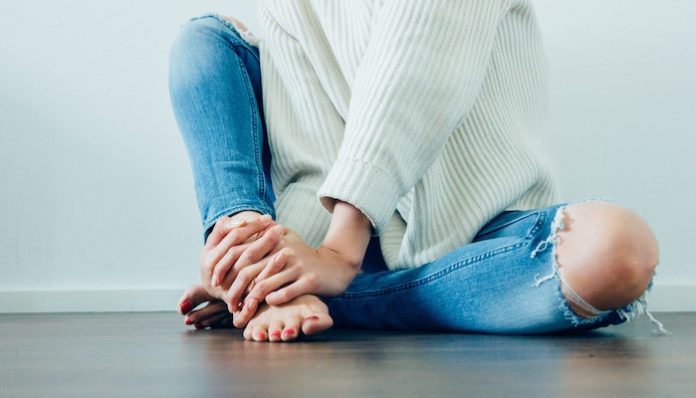 Imagine walking across your living room when all of a sudden, the right side of your face goes numb and weak. You’ve felt slightly off all day, but there’s nothing out of the ordinary. Within moments, you slither to the couch, begging for help because you don’t know what’s going on.

This happened to me. It was one of the most frightening experiences of my life. I’ve long suffered from chronic, debilitating migraines, but this health scare was a whole new level of terrifying. The moment began a long journey to a diagnosis, which doctors could have given me earlier had they taken the time to truly listen. Moreover, I am not alone — many women experience frustrations receiving a diagnosis because we simply don’t talk about women’s health often enough.

Cardiovascular disease remains the number one killer of women in the U.S., superseding the next seven causes of death combined. Each year, half a million women die from some form of this disease. And yet, when women appear in the E.R. with heart attack symptoms, doctors dismiss their complaints more often than they do for men, e especially if that woman is under 50.

Much of our heart disease risk has to do with our lifestyles — working full time combined with  raising families leaves little room for women to maintain healthy diets and exercise regimens. Still, women benefit from 30 minutes of moderate exercise most days a week, which allows them to maintain a healthy weight and eat a primarily plant-based diet with lean meats.

Menstrual irregularities may stem from hormonal disruptions, but they can also reveal underlying health conditions that may impact fertility. However, women often feel like their doctors, even thier OB/GYNs, dismiss their concerns about their menstrual cycles.

For example, a friend of mine with severe menstrual bleeding repeatedly sought help. At first, her doctor told her that her severe cramping and bleeding would decrease naturally when she reached her late 20’s. However, it wasn’t until many visits later that her doc ordered an ultrasound, which revealed that she had uterine fibroids.

Women are far more prone to autoimmune disorders than men are, but doctors often dismiss their pain. Thus, they may live years without a correct diagnosis. Women make up fully 80 percent of those who live with an autoimmune disease, even though they are less susceptible to infectious disease than men.

Autoimmune diseases include Crohn’s disease, ulcerative colitis, rheumatoid arthritis, and lupus, among others. On top of that, many cause significant disability.

Because women menstruate, they’re more prone to developing anemia than men are. Anemia occurs when the amount of circulating red blood cells decreases, which leads to a lack of oxygen in other bodily tissues.

If you are in otherwise great shape but begin experiencing dizziness, breathlessness, and fatigue during exercise then anemia is a prime suspect. Likewise, if you feel tired even after a good night’s rest, anemia could be the underlying cause of your fatigue. A blood test can detect anemia, so be aggressive about requesting one from your PCP.

I’ve often quipped that if I were a football player, doctors would have taken me seriously when I reported symptoms identical to those of stroke. It’s funny that they never thought of hemiplegic migraine, considering that I have a history of other condition variants. After all, 85 percent of chronic migraine sufferers are female.

Instead, I spent five years as a medical guinea pig, trying a host of anti-epileptic and anti-depressants until one neurologist called in a senior neuro to solve the mysteryIt was funny in a way — his attitude was, “Hey, Senior Neurologist Bob, you gotta come see this brain!” — but at last, I had an answer.

20 people per minute experience acts of violence at the hands of a domestic partner, and most are female. One out of every four girls experiences sexual abuse before age 18.

These traumas cause addictions and mental disorders in women. Doctors can help so much more if they simply ask women about suspicious bruises or whether they feel safe at home.

How to Protect Women’s Health

To protect women’s health, physicians and health care professionals need to take women’s concerns seriously. By treating female ailments with the same urgency as we do male injuries, we can prevent unnecessary suffering.

Featured image from @imaniclovis via Unsplash.

5 Ways To Make A Strong Comeback And Make This Your...

I Am Ready To Share My Story As A Rape Survivor