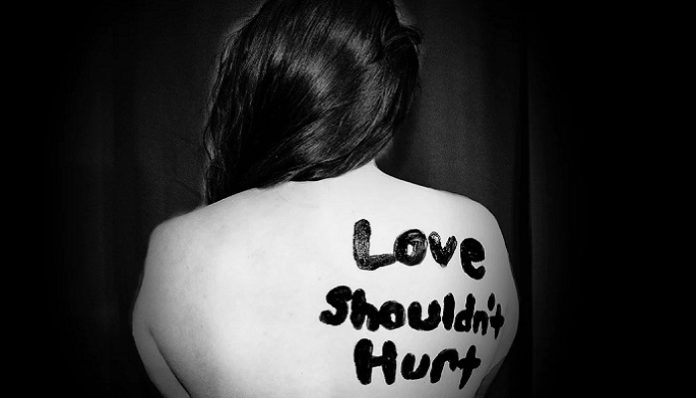 When I first started dating my ex-fiance, there were so many abusive red flags I ignored. Things like him constantly being aggressive on social media while letting people know we were together. I was very public with the relationship, but he went overboard. Another red flag was how rude he was to people in public. The biggest red flag though was how he wanted to spend every waking moment with me. At first, I thought it was romantic, but looking back, it was all about control. However, I want to shed a light on what I experienced in case it could help you. This article is going to be painful and therapeutic for me to write, but I need to write this. I need to warn others about those signs. Please don’t ignore those red flags. It can save you from unimaginable pain, PTSD, and (sadly) even death. I truly hope you listen to your inner voice and it doesn’t escalate the way my situation did.

Here are 13 signs your partner is abusive and controlling.

1. The control starts off slow.

They may fake an illness or tell you they don’t want you to leave if you have prior engagements. The guilt trip won’t seem like a guilt trip at all — instead, they’ll make you think you came up with that decision entirely on your own.

2. They start expressing concern and tell you they don’t like certain people you hang out with.

They will tell you they are not comfortable with you talking to them. So you’ll feel guilty and start cutting people off. They want to isolate you, and this is the beginning of that.

3. They’ll complain about how they don’t like your family.

Red flags will go off, but your partner is rather convincing. You’ll start to distance yourself from them as well. Maybe they’re right? They’re not. I promise you they are not.

4. They’ll tell you they want to live together very early into the relationship.

You think it’s romantic, but it’s not. The ulterior motive is to further isolate you. They will have the full control they desire.

5. Your income? It’s not yours anymore.

They will make excuses about bills needing to be paid. You know, the ones they were supposed to pay. You’ll soon realize they’re controlling all of your own hard-earned money.

They make you feel as though this is your fault. They’re gaslighting you. You think you pushed their buttons. You feel as though you deserved it and it isn’t going to be a constant. It will be constant, I assure you.

They start getting more and more aggressive. They haven’t put hands on you, so you make excuses as to why this isn’t abuse.

8. They start to break you down and make you question your self-worth.

They make comments about your makeup, the clothes you wear, and the way you look. Then, they make you feel guilty for having a relationship before you were with them. They will make you feel like you can’t find anyone else, so you stay.

9. The verbal abuse turns into yelling.

They start backing you into a corner and won’t let you leave. You start to feel trapped.

But if you dare defend yourself, you’ll become the abuser. Instead, you make more excuses to cope. You convince yourself you deserve this.

In order to cope, you pretend you want it. You feel immense guilt for the way your body reacts which (to you) further convinces you that you wanted it. You didn’t want it! Listen to yourself.

Sometimes you feel ending your life will be the ultimate freedom from your abusive relationship. They’ve broken you down so much that you feel that’s the only option. I promise you it’s not! Don’t give them the power to make you feel death is better than escape!

13. You finally decide to leave, but you were foolish enough to tell them.

DON’T DO THIS! Leaving is such a life or death situation. If you decide to leave, make an escape plan. You may think you have no one but I promise that if you reach out, you’ll find help.

The day I decided to tell my then-fiancé it was over, he violently attacked me. I was quick, grabbed a phone, and called 911. The police were very little help, but at least I’m alive to tell my story. I want my story to be a warning to everyone. That little voice in your head? Don’t ignore it! Please don’t ignore it! It could very well save your life.

If you or someone you know is dealing with domestic violence or an abusive relationship, please call the National Domestic Violence Hotline at 1.800.799.7233.

If you or someone you know is feeling suicidal, please call the National Suicide Prevention Lifeline at 800-273-8255.

Your life matters. An abusive relationship does not define you. It definitely defines the abuser though. Life does get better once you’re free. Remember that.