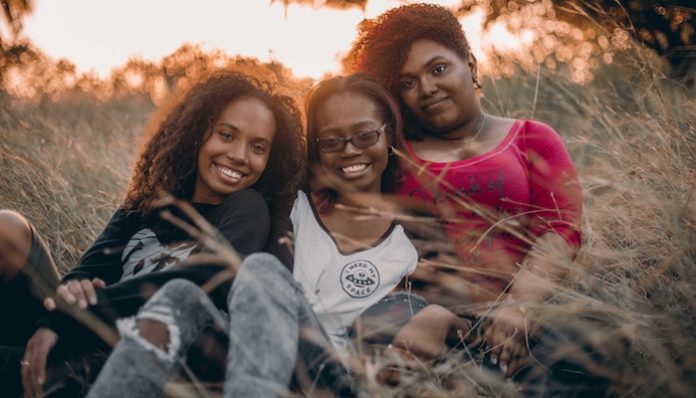 I wouldn’t be able to get through some of the most trying times in my life had it not been for my girl tribe.

I remember it like it was yesterday. A former student at my college said “Don’t be like the kid who never gets involved in any school activities and spends their whole college experience alone. College is what you make it.”

I took that advice and I was determined to meet new people and make some life-long friends. To my dismay, it would not be that easy.

The first two years of college, I spent a lot of time alone- studying alone, eating alone, going to events alone. Making friends at a commuter school was one of the hardest things to do. It felt like everyone was there to go to class, get those group project over with and go home.

I didn’t meet that group of people that wanted to chill on the weekends or go down the street with me for lunch.

Although I’m a friendly person, I realized I hadn’t escaped the clickiness of high school.

So, I put all my focus into school. I spent so many hours in the library studying to pass the time in between classes. It paid off because my grades were stellar but the extrovert in me wasn’t happy.

Of course, I didn’t want to remember my college years as a lonely four years.

Everything changed when I joined a cultural club at my school. I went to club fair, signed up and started going to events. I didn’t know anyone and I was scared out of my mind that this would be yet another clique that I would have to try to get into.

Even if I was the quiet one in the room, I showed up to those events.

It took a lot of pride and courage to throw myself into a new group of people with the hope of building friendship and the possibility of rejection.

To my surprise, I met some of the most welcoming group of people I had ever met in my life.

They weren’t the cliquey people I thought they would be. They were the exact opposite!

I met so many inspiring women who were going through the same struggles as me- whether it was about home life, annoying classes, or finding a job.

I found myself having deep conversations with really smart people who changed my views on life and gave me courage to speak up about what I believe in.

When I was going through a tough time, I had so many shoulders to cry on. We partied together, laughed together, studied together, hung out outside of school, and encouraged one another on the road to graduation.

They even became part of my summer story.

As we move on into adulthood, we will take many roads but at some point, those roads will intersect.

Whether or not those relationships stand the test of time, I know they are part of the woman I am today.

I made friends late in college but I don’t regret throwing myself into those awkward uncomfortable situations.