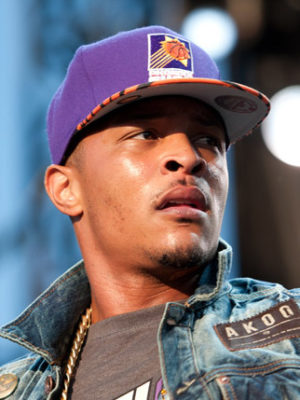 Rapper T.I. is receiving backlash after he vocalized one of his parenting techniques in an interview, and why he does it for the wrong reason.

I could not believe my eyes when I read the BuzzFeed headline about T.I. visiting the gynecologist with his 18-year-old daughter. Not only does he take his daughter for a yearly genealogical exam, but he specifically does it to check her virginity.

Seriously, who the hell does that?

For starters, if you really cared about your teenage daughter’s sexual activity, dear daddy, you’d spend time talking with her. You’d sit down and tell her about consent, safe sex practices, and contraceptives. You would create an open line of communication where your daughter felt like she could trust you and you could trust her.

Plus, don’t you think it would be a good idea for you to actually do some damn research first?

Experts don’t even recommend pelvic exams for women until they turn 21 unless they’re sexually active or experiencing menstrual complications. Also, as Planned Parenthood pointed out, a woman’s hymen can tear from so many causes other than sexual activity.

But even if you can excuse T.I.’s inability to connect with his child or understand female anatomy, you should still feel appalled by this whole story. Why? Because this is just another example of a man exerting complete control over a woman.

“I’m like, ‘Deyjah, they want you to sign this so we can share information. Is there anything you would not want me to know? See, Doc? Ain’t no problem.'”

Yes, as a parent, T.I. should provide medical care for his children and a pelvic exam can be important to have especially if there’s a strong family history of harmful illnesses. However, this takes that responsibility to a whole new level and violates some serious boundaries.

No father should force his daughter to have virginity check.

In fact, no man has the right to receive the private details of a woman’s sexual history. This entire dialog is just another example of an entitled man trying to control a woman’s genitals and reproductive rights.

Listen up, men: You have no right to control a woman’s sexuality. You don’t get to decide when women have sex for the first time or who they have it with. Nor do you get to dictate the choices they make about pregnancies. You don’t own our bodies, period.

If the father of my children ever pulled similar bullsh*t, I’d definitely be stepping in.

T.I. is not a concerned, loving father. He’s a sexist pig who just wants to assert himself over as many women as possible. He also wants to seem intimidating to young men trying to persue her. Maybe he’s even trying to seem like a good parent to his friends because he “has his kids in check?” When will women finally gain equal rights in this world? All women deserve control over their decisions and bodies, even blossoming young ones like Deyjah Harris.

Why All Women Deserve Better Than Being ‘The Almost Girlfriend’