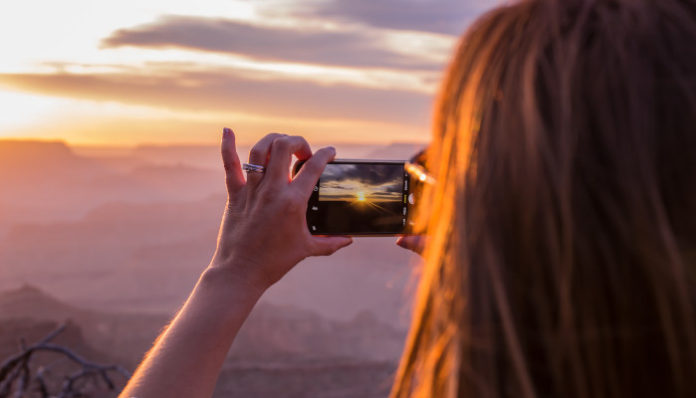 The United States are rich in beautiful and magical places created by either nature or people. Although most of the sights in the U.S. are not as ancient as the architectural historical heritage of European countries, their uniqueness and popularity can’t be matched. Each state boasts its own unique attractions and natural wonders. However, these 4 gorgeous sites are a must-visit for everyone:

The most famous waterfall in the world is located on the Niagara River, connecting two of the Great Lakes of Erie and Ontario on the border between America and Canada. The height of Niagara Falls is only about 164 ft. but the width is around 3937 ft. in total. The powerful flow of water makes Niagara Falls a very interesting and beautiful spot that everyone should visit at least once.

The most famous and beautiful bridge in the USA, the Golden Gate Bridge in San Francisco, is 4,200 ft. long. It is a suspension bridge that since its opening in 1937 was the largest in the world until 1964. Just imagine your weekend visit in sunny San Francisco. All you need is to lease a car, bring your friends, and cross this mighty bridge while enjoying the beautiful views.

Yellowstone is one of America’s largest national parks in the state of Wyoming. The popularity and uniqueness of this place are thanks to more than 200 geysers that produce steam from sources of sulfur.

One of the most interesting and beautiful thermal springs of Yellowstone is Morning Glory Lake. Initially, its water was azure but crowds of tourists littered this lake with coins and other garbage which caused uneven heating of the water and the formation of microorganisms on the surface that painted the edge of the geyser yellow.

Another incredibly beautiful place in the U.S. is the Grand Canyon National Park in Arizona, which is the largest river canyon in the world. The Grand Canyon is 277 miles long, up to 18 miles wide, and is over a mile deep. Therefore, you’ll definitely enjoy a helicopter flight or a rafting trip while you visit the Grand Canyon.

The continental United States provides many breathtaking sights. Everyone should add these 4 sites to their bucket list and enjoy the memories they make while enjoying the views.

5 Places To Travel To When You’re Recovering From Heartbreak