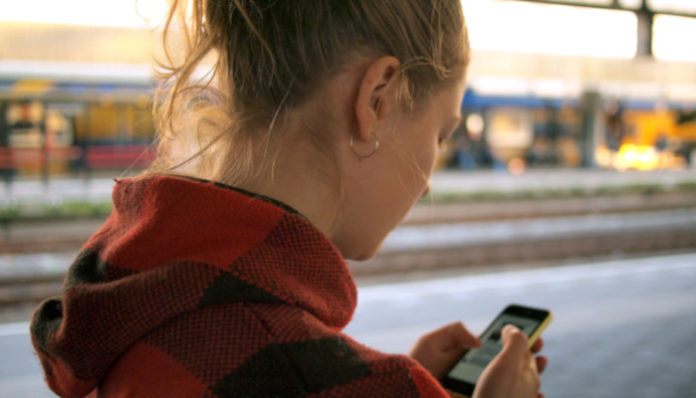 A recent study in the Journal of Abnormal Psychology found alarming increases in depression in youth since the early 2000s. The data, collected annually between 2009 and 2017, shows rates of suicidality (suicides, attempts, and hospitalized ideations) nearly doubling for people between the ages of 12 to 25.

As a 31-year-old female who has accumulated multiple ER visits, hospital stays, and treatment plans since high school, these figures don’t shock me whatsoever. I’m well aware of the difficulties that young adults endure. Nearly every single one of my close friends is either currently taking some form of antidepressant or has taken antidepressants.

However, these sharp increases in suicide rates for Millennials and Gen Z-ers are certainly nothing to brush off. There’s definitely something at play here.

So, that begs the question: What caused such a spike in the past decade?

Jean Twenge, a psychology professor and author of iGen, believes the causation is obvious: technology.

During an interview with Time, Twenge said, “[T]here was one change that impacted the lives of young people more than older people, and that was the growth of smartphones and digital media like social media, texting and gaming.” Twenge isn’t the only one looking to the dawn of the smartphone and other technology as the cause of young people’s untimely demise, either. Another research study published in Preventive Medicine Reports showed a direct correlation between increased screen time and severe depression. The CDC also shared a similar report last fall, citing direct links between time on social media and mental illness.

Modern society and our current economy depends on technology (and social media in particular), though. So, what can we do to bring down the suicide rate without causing another major recession or turning back the clock of societal advancement?

Dr. Greg Plemmons, a Clinical Pediatric professor at Vanderbilt University, said, “What I’m noticing is kids seem to be less resilient and to have more pressure.”

Given that, the issue could be entirely in the current approach young people have towards life. We are programmed to catastrophize. We seek perfection and don’t understand how to process criticism as anything other than failure.

During my time in an intensive outpatient program at a local psychiatric hospital, I noticed an alarming trend. Nearly everyone there had a story that involved loss of some form, and that loss sent them over the edge. Whether it was divorce, job loss, miscarriage, or college failure, everyone had a story filled with one small imperfection toppling their whole life over.

Failure is difficult to endure. But, these effects are exponentially worse when combined it with the constant happiness and perfection on social media and other technology.

Obviously, the solution to this problem is easier said than done. Social media or tech detoxes provide temporary relief, but it’s impossible to avoid the internet forever. (Although, if you want to try a social media detox, I highly recommend it!) Encouraging transparency online and authentic living can work in small circles, but is nearly impossible to filter out to the entire world.

We can, however, focus individually on building resiliency.

We cannot remove technology from our lives, nor can we control others and how they utilize their social media accounts. We can, however, always change our own mindsets and how we let what we see impact us. Given the current trends with mental illness and suicide rates with our generation, it’s important to work on building our own resilience. We must but also promote ways for mass education on this topic. Maybe if we learn to let go of perfection and comfortably endure imperfection, the world will be a safer place.

5 Tips For Creating The Most Productive Work-From-Home Space