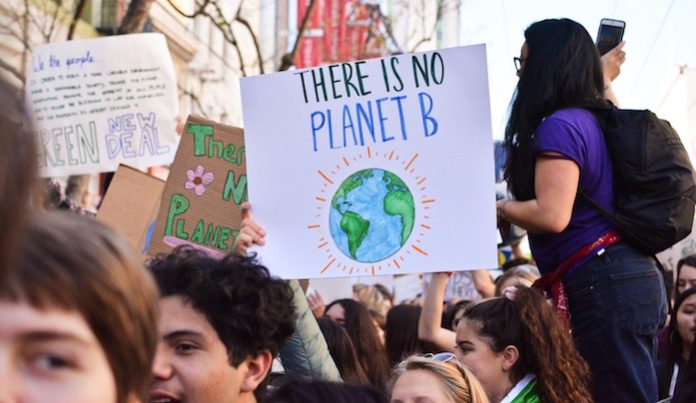 Climate change: two words all of us know, but not many of us understand. The media’s presentation of the issue can easily bog us all down. However, the fact remains that climate change is a real problem.

As an environmental activist, I know this problem all too well. For example, did you know that we lose the equivalent of three football fields of the Amazon rainforest daily? What’s more, the melting polar ice caps are raising sea levels to a point that many coastal cities will soon disappear. Oh, and don’t forget that the once common, prolific giraffes now appear on the CITES Endangered Species List.

I firmly believe that teaching climate change in schools would provide children with real-world models. Instead of solving nonsensical, hypothetical math questions, students could apply their skills in practical ways. Students could calculate the population of penguins in Antarctica and how their numbers decline annually. These real-life examples would engage students and provide generational awareness so that we could eventually start solving real problems.

Moreover, teaching children about climate change would increase emotional intelligence. Learning about the global plight of plants and animals would undoubtedly make a child more empathetic. Discussing climate change would also enable easy discussion about cause-and-effect. When children see how their actions impact the world, they can finally begin to understand the concept of the global village.Sharing the idea of one planet and one human race may even lead to a decline in hate crimes and racism. Classroom debates surrounding issues could help students build active listening skills and tolerance of differing points of view. All of these emotional and social skills will lead to healthier, better prepared adults.

Moreover, governing bodies seem to forget one key thing: children are tiny humans who observe the world and everything in it.

We should not shield them from the chaos assuaging our planet. Instead, we should enable children to voice their concerns so that they can speak confidently about such matters. After all, these impending problems will inevitably plague their generation and the ones that follow after. As the old saying goes, “forewarned is forearmed.”

Ultimately, while some people may view teaching climate change in schools as pushing a political agenda, to me it seems to be a simple way to ensure students are active, aware, and engaged. While its teaching may prove futile, it may also lead to better cognitive thinkers and inquiring minds. And that is what the planet desperately needs right now.

Photo by Li-An Lim on Unsplash