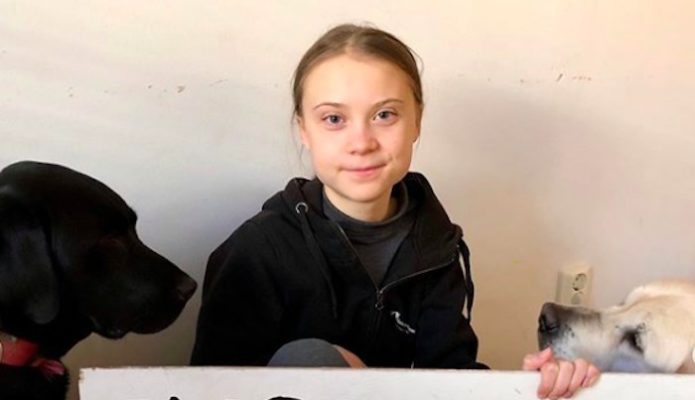 Sixteen-year-old climate change activist Greta Thunberg first publicly emerged last year after a school protest. Now, students across the world joined her #FridaysForFuture movement. Thunberg hasn’t stopped there, though. As an outspoken leader for climate change, she tours the world to visit world politicians. She also appeared on a TED Talk and addressed the United Nations.

Although Thunberg speaks the truth, she has gained a significant amount of haters. Thankfully, this hasn’t slowed her down one bit. In fact, it just fuels her fight even more. Here are three amazing examples of Greta Thunberg clapping back at the haters:

In late July, Austrailian commentator Andrew Bolt wrote an extremely offensive column  for the Herald Sun. In the article, Bolt calls Thunberg “strange,” “fragile,” and “deeply disturbed.” Not only did the newspapers publish the piece, but they also tweeted it out.

Thunberg responded by screenshotting the Herald Sun’s tweet  and embracing the title of “deeply disturbed” in a whole different light. She not only clapped back at Bolt but called everyone to action by asking, “Where are the adults?”

2. When she shuts down stigma by calling Aspergers a “superpower.”

After people criticized her Asperger syndrome, Thunberg publicly shared her diagnosis on Twitter. In fact, she embraced her uniqueness and even shared that our differences can, in some circumstances, be considered a superpower.

In the same thread, Thunberg also pointed out that conditions like autism spectrum disorder still carry a heavy stigma, and those stigmas lead many people to not publicly share their conditions.

Thunberg is correct that it is a superpower. In fact, Tony Attwood, a world authority on Asperger’s, states that people with Aspergers are “usually renowned for being direct, speaking their mind, and being honest and determined and having a strong sense of social justice.”

3. When she calls out the haters going after her “differences”

She points out that people will say anything to avoid the real issues, and she’s not wrong. Instead of tackling climate change, people spend their time insulting this incredible child.

She again shows her maturity and points out the ridiculous responses adults give her.. “I guess they must simply feel so threatened by us.”

She finishes off the thread by letting people know that she won’t be stopped, and I’m so proud of her!

Throughout her time in the public eye, Thungberg continuously shows the world that she is a powerful force. It is no wonder that she receives so much hate. After all, she is pushing for changes that people fear. Thankfully this bright young woman won’t stop now and knows how to handle her haters. If only we could all come back at our adversaries with such maturity and power!