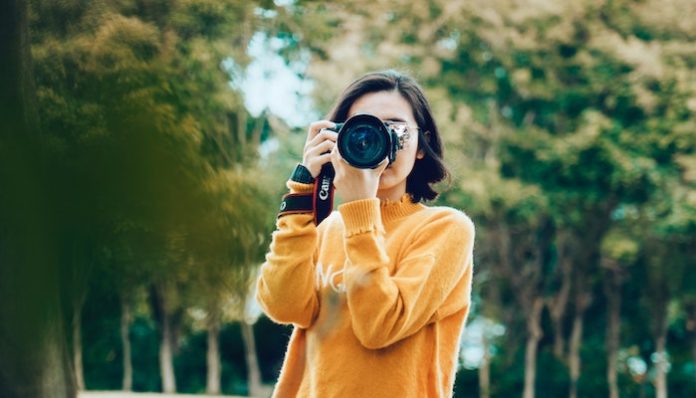 August 19 is World Photography Day. The day we celebrate the positive impact photography has played on our lives and our homage to the history of photography. On this day, the tradition is for everyone to share one single image. The purpose: to share with the world what your world looks like. It is also a way to promote positivity and create a sense of unity. But, why is August 19th World Photography Day? Here is the history…

Since the material was costly, when studios opened in the 1840s, only the wealthy could have their portraits taken. The Daguerreotype was used not only to capture portraits, but also to capture still life, landscapes, and events. On August 19, 1839, the French government purchased the patent and introduced the Daguerreotype as a gift to the world. Images on the Daguerreotype still exist today. They are rare but you can find them in collections around the world.

Years before he invented the Daguerreotype, Niepce captured a popular image, and most likely the first permanent image of nature, entitled, “View from the Window at Le Gras.” For this image, he used heliography. He coated a pewter plate with bitumen and placed it in a camera pointing towards an upstairs window. After exposure of eight hours, Niepce brushed the plate with lavender oil and white petroleum. The combination helped to dissolve the pieces of bitumen that had not been hardened—the result: the first permanent photograph of a landscape.

Photography and the way we capture images have changed so much over the years. Here are some more notable events in photography’s history:

1021: Invention of the Camera Obscura

The invention of the camera obscura opened up a whole new way to create art. People could see the world as is instead of through a painting or sculpture.

1685: Invention of the Portable Camera

Early cameras were big and were difficult to transport. A portable camera made it easier to get those early images.

George Eastman is credited with coining the term Kodak and manufacturing what became paper film. The first Kodak was small, portable, and contained a 100-exposure roll of film.

Marketed as “picture in a minute” and introduced in Boston just before Christmas in 1948, Jordan Marsh brought a whole new style of photography into the world. People could instantly see what they captured instead of waiting to develop the full roll of film.

1991: Invention of the Professional Digital Camera

Originally created in 1975 by Steven Sasson for Kodak, the digital camera, or DSLR, (Digital Single Lens Reflex) didn’t come on the market until the early 1990s. With mixed opinions, some people were intrigued to see how the digital camera and memory card worked, while others remained with the traditional film.

2001: Introduction of Cell Phones with Cameras

Released in South Korea in June 2000, the first camera phones didn’t reach the United States until 2001. With this new invention, people could easily snap a picture wherever they were without having a camera.

2007-present: The launch of the iPhone helped bring out the photographer in everyone.

The iPhone’s sophisticated, and continuously improving camera, helps to create amazing images at your fingertips. Sometimes it’s hard to tell the difference between a professional-grade image and an iPhone image.

As a freelance photographer and someone who has a passion for photography, I feel every day should be World Photography Day. We should share a photo every day to promote positivity and introduce people to something they may never get to see in person. Pictures are essential and powerful. When I look at a photo of mine, I instantly return back to the exact moment I captured it. It’s like an instant time machine. Pictures help us remember the past and keep it alive. They help us to stay in touch with those who have left. Pictures preserve a moment. As the saying goes, “The best thing about a picture is that it never changes, even when the people in it do.”

Photo by Marco Xu on Unsplash

10 Signs You Are No Longer In Love With Your Ex