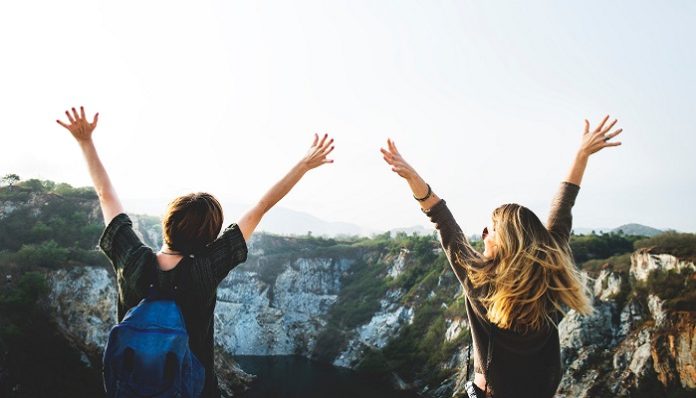 A break-up is difficult for anyone. And no one feels like they should congratulate on that. Obviously, the relationship ended. But also your friendships may become tenser and other relationships you’ve built with the person’s friends and family may suffer. It’s hard to push through. It’s hard to accept that a relationship is over. Your friends who are going through break-ups might not want to hear anything that sounds happy. It’s hard to watch someone you care about suffer.

However, let’s put a positive spin on this!

Their relationship is over. It ended for a reason, and in most circumstances, a relationship doesn’t end without a good reason. Try telling them, “Congratulations!” They ended something that wasn’t right for them. They’re single now, which means they can get out and mingle. Or even take time for themselves.

What you do know, is that your friend is single. Allow them some time to mourn their loss. But gently let them know that it isn’t the end of the world. It might sound harsh, but they deserve to know that they are not their relationship. They are not who they’re with. They’re their own person, and that person is beautiful.

If they weren’t the one to cut the ties? Congratulations, someone decided to let go of something they were unhappy with. If your friend’s romantic partner were unhappy but didn’t end the relationship, your friend would have suffered even worse than they are post-break-up.In the end, both of the people came out of the relationship alive and will eventually be well.

Stop saying, “I’m sorry,” when your friend ends a relationship. Instead, let them know that they deserve a pat on the back for making it through. They deserve to know how great they did, how well everything turned out, and how amazing and strong they are for getting through it. So, congratulations to your newly single friend. Help them get out there and shine their light.

Featured image via rawpixel.com on Pexels