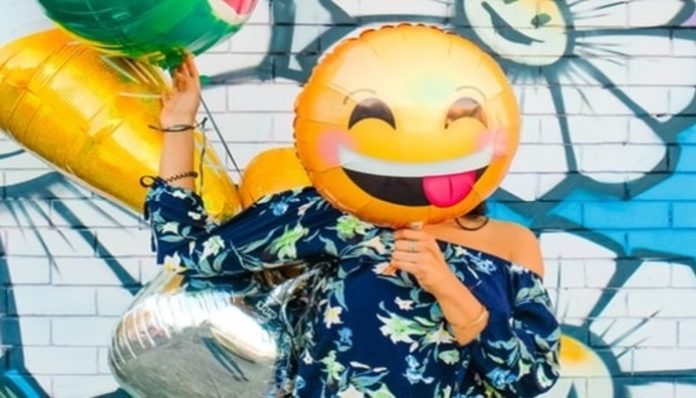 In the past several years, emojis have become a significant part of the way we communicate.

They’re a fun way to say all of the things that words can’t express. Moreover, emojis are a language all their own, but as with any language, speaking in an inclusive way matters. Fortunately, tech companies are starting to recognize the need for inclusive emojis and are rolling out emojis that reflect people from all walks of life.

Google recently created a groundbreaking addition to our emoji repertoire: a gender-neutral person.

The company shares, “Gender is not a haircut, but at emoji size that seems to be a primary signifier to communicate what may be an impossible task as it relates to this construct. Gender lives dynamically on a spectrum and there is no single visual design ‘solution.’” In other words, Google had the difficult task of deciding what non-binary looks like. The hair seems to be the most distinctive feature of the non-binary emoji; it’s chin length with a side part.

The new non-binary character is available in 53 new emojis, some of which have been changed to be more gender-inclusive. One example of this is the new merperson, who has their arms folded over their chest, instead of being bare-chested or wearing a seashell bra.

Additionally, Apple has also paved the way in emoji inclusivity.

Apple’s first major change is the addition of the “hand-holding” emoji. The emoji, which depicts a couple holding hands, is now available in 75 gender and skin tone combinations While Apple already has same-sex couple emojis, the hand-holding emoji gives users the opportunity to show a much wider variety of relationships.

The new emojis address four types of disability: vision impairments, hearing impairments, mobility challenges, and hidden conditions. Also, some of the new additions include people using wheelchairs, white canes, hearing aids, and service dogs. Additionally, you can even personalize some of the new emojis to reflect your skin tone and gender. Moreover, Apple has acknowledged that the disability emojis don’t include every condition. An Apple spokesperson said that this first round of disability emojis is an “initial starting point for greater representation for diversity within the emoji universe.”

While these inclusive emojis are only available on Google and Apple devices, it is possible that they will be standard in the future. The non-binary character is also currently available on all Android Q devices, and the new Apple emojis are slated for release this fall.

6 Ways to Support Your Friend’s Business On A Budget