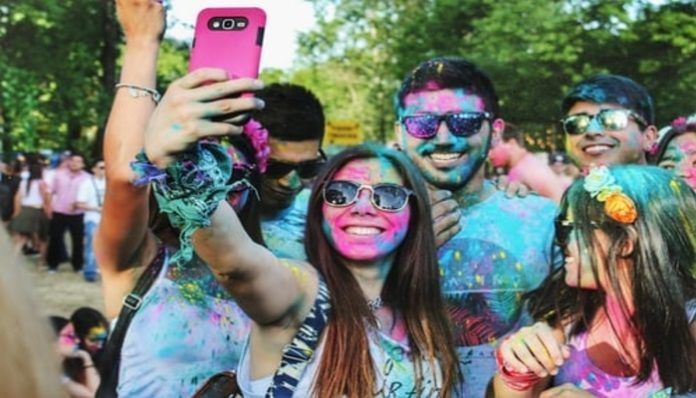 It’s no surprise that the latest social media trend, the #FaceAppChallenge, has swept the Internet and gained insane popularity. But the dangers of using FaceApp are more serious than you think.

FaceApp skyrocketed to the top of the Apple and Google store charts this week after users discovered it can create a realistic image of what users will look like when they get older. But privacy advocates and people who actually read the terms and agreements expressed serious concerns about the app.

The Russian-made app’s vague legalese could cause some serious damage for users around the world.

It’s been proven that there is a disinformation campaign about the app. Its developers (which some believe are Russian government officials) are downloading users’ entire photo albums for their own use through the cloud.

If you agreed to the terms and conditions, you gave Russia complete consent to access every photo and video on your phone for them to use at their disposal. This now means the app has access to over 150 million peoples faces and names.

Geoffrey A. Fowler, a journalist for The Washington Post, ran a test to see what other information FaceApp could be stealing. The results were staggering. “I found [FaceApp] sharing information about my phone with Facebook and Google AdMob, which probably helps it place ads and check the [ad] performance.”

He continues, “The most unsettling part was how much data FaceApp was sending to its own servers, after which… who knows what happens. It’s not just your own face that FaceApp might gobble up — if you age friends or family members, their face gets uploaded, too.”

So now a trend that’s given us lots of laughs isn’t so funny. It’s putting people at risk, even if they don’t download the app.

Here are all of the harmful, scary facts about FaceApp:

In order to delete your photos from the cloud and remove them from the FaceApp data, you need to put in a removal request with the app’s customer service. FaceApp CEO Yaroslav Goncharov says, “For the fastest processing, we recommend sending the requests from the FaceApp mobile app using ‘Settings->Support->Report a bug’ with the word ‘privacy’ in the subject line. We are working on the better UI [user interface] for that.”

As a regular citizen I worried and deleted the app immediately. Obviously, I don’t want my pictures and videos all over the Internet.

But if I was a celebrity, I would be pooping my pants. Now, strangers have the power to release celebrities’ private images from their phones. I have a strong feeling that the “Fappening” will happen yet again.

But is the FaceApp controversy really a big issue? Other apps do the same thing with our private information. Or do we have a wave of extreme fear just because we believe that the Russian government is behind this?

Regardless, if you still choose to use the app, continue to use it with caution. And for the love of God, everyone just stop taking nudes. There will always be someone smarter than our privacy technology, so keep your personal information safe.