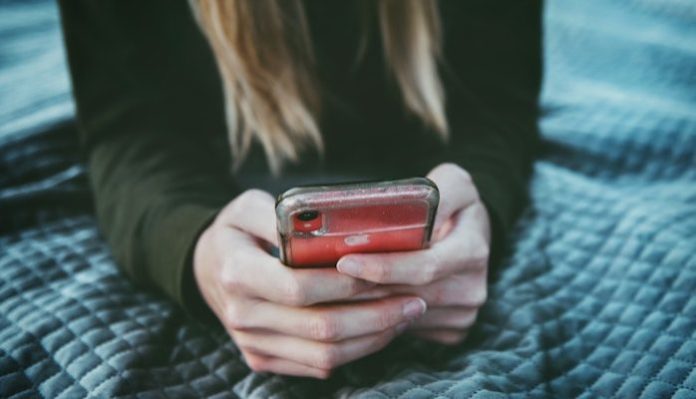 According to quantum physics, a particle only exists if someone places attention on it. Essentially, this suggests that nothing exists until it is recognized by the beholder. Although that sounds like a strange, existential thought, but this kind of thinking directly applies when we bring up topics like cancel culture, ghosting, blocking, and unfriending.

Let’s just get something out of the way first: Cancel culture, or more specifically #cancelculture is a product of the internet and it’s bazillion talking heads, all mouthing off at the same time, vying for the same attention, everywhere. Cancel culture, as it is, exists to make other people cease to exist by the same means as it does in quantum physics: pay no attention to a thing and it blinks out of existence — at least to the one or ones who deny its presence.

What is this elusive act of cancel culture all about?

“I am a fine upstanding defender of the popular opinion, and I deem thee less than worthy for your opinion. You are unfit to exist on the internet, therefore I shall cancel you!”

If you are susceptible enough to the trends of the internet, then you might actually care about who hates who, who cancels who, who decides we should all move like cattle to the slaughter, and who is up for applause today. I, however, do not care.

I have very solid feelings on the idea of cancel culture, ghosting, blocking and unfriending — that is to say I’m a big fan.

There comes a time in a person’s life where one seriously knows what will serve them well and what drags on their soul; that which is unnecessary eventually becomes that which no longer exists to the person who strives for detachment.

I have a running conversation with a friend of mine who always takes offense to the idea that she’s constantly being blocked by “good friends” who don’t happen to like what she says when she expresses herself passionately, on any given topic. It hurts my friend, and while I feel for her, my first thought is always, “Why would you care about someone who blatantly disrespects you and throws you out like garbage?”

I’m also huge on the idea of unfriending, ghosting and blocking. I don’t stick around for abuse, and if I feel the interactions between myself and an internet friend are all about me defending myself, I’m out.

I don’t have a “three strikes, you’re out” standard. Instead, I go by the “one strike and you’re toast” playbook.

One of the things that happened to people is that somewhere along the lines, we all decided that we need closure, proper endings, and meaningful apologies. We think we need to understand WHY a person rejects us, and we want to ‘talk it out’ so that it makes some kind of sense to us.

We rarely look at the obvious in these circumstances, and even rarer still is how we avoid accepting what is the plain, blatant truth. If we are blocked, ghosted or unfriended, we never allow for the easy answer, and the easy answer is that: the person who did this to us does not want anything to do with us, point blank.

We needn’t try to understand more than that, yet it’s what plagues us, as we simply can’t accept rejection for rejection’s sake.

As for my own version of the deed, I block, unfriend and ghost on a regular basis. I know who my tribe is, and I’m not looking to be the most popular person on the internet. If you piss me off, you’re out. I don’t stick around for punishment.

In other words, I see the act of cancelling, blocking, unfriending and ghosting as self-preservation.

I know who I am, and if you offend me, I don’t need to explain, nor do I need to engage. It’s instant gratification; I let go. No more words, no more mental torment, no more you. Buh-bye.

I’m sure there are those who think this is a cold way to go about refining one’s life but if I’m to refine what is my only life, I prefer to do it efficiently. There are no passive-aggressive backdoors left open for a person I’ve let go to walk through again.

I am my own thinker. I do not let others think for me, and if I decide that this or that person dulls my shine, or worse, sets out to hurt or maim me, I take the hint and act on it promptly. This is my life, it’s short and precious, and the flaming mouths of the internet no longer phase me — because I cancel them.

I’ve been cancelled, too.

I’ve been ghosted by people whom I thought loved me unconditionally. Perhaps that’s how I learned this lesson; the one where acceptance is a much stronger stance for a survivor than the one where you bemoan your rejection until it becomes your entire life. The lesson for me was truly, “If this person feels that way about you, why on earth would you want anything to do with them?”

Plus, there is something very satisfying about clicking the “block” button, and having the last word, albeit silent. If you look over your internet years and lasso up the blockings and ghostings, you may find that not only do you remember almost none of the people, but that it’s never once come back to haunt you. The internet is a work of fads and trends, and while real people are behind the words and actions, they all seem to become … noise. It’s up to us to figure out just how much noise we need in our lives, if any.

The first person that I ever blocked was a stranger on the internet who absolutely adored me — but who let me know that because I wasn’t a Christian like her that I was going to burn for eternity in Hell. Now, how does one remain friends with someone who insists on this, while ‘adoring’ you? For me, that was a no brainer. Blocked. Take care, don’t let the door hit you on the way out. That is self-preservation.

The power we wield on the internet is faux power; little immediate bursts of might and right, but in the end, it’s all ego and noise.

The Hindu’s have a phrase for it: matrika shakti, meaning gossip, noise, unnecessary drama, space taking, time-wasting verbiage. True friends who express themselves on public platforms often times see sides to their friend that they don’t like. Enough of this petty exposure; even the best of friends will corrode beneath the ugliness.

Do yourselves a favor: Relate to your friends in person, on zoom or on the phone, in private. If you want to stay friends with someone you really care about, then don’t have conversations with audience support. Because egos do and will flare, and once true colors are shown, we may learn things about our friends that we didn’t want to know … and that may lead to an unfriending, blocking, ghosting or cancellation of the friendship itself.

I block, therefore I remain true to myself, in strength of character as in life. And if I am blocked, so be it.

If you’re vehemently opposed to my opinion and believe that everything should be talked out, worked on and fixed, then so be it.

Block me, unfriend me, ghost me and cancel me right out the door — the only thing I get out of it is freedom.

Photo by Tim Mossholder on Unsplash

10 Reasons Dating A Writer Will Change Your Life

Hook Up Or Get Out: The Reason We No Longer Do...