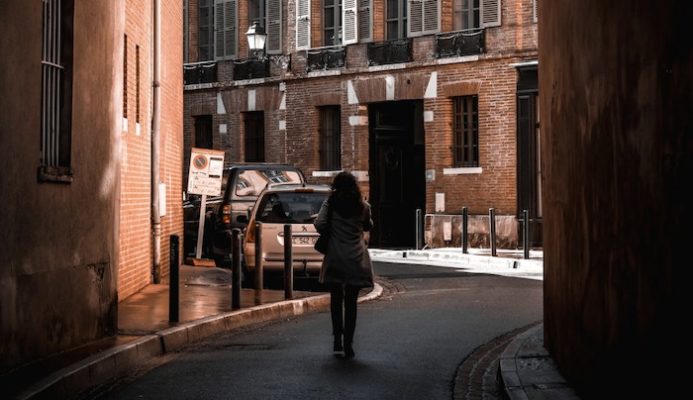 Not even stay-at-home orders and social-distancing can protect women from sexual harassment in public places during the COVID-19 pandemic.

In fact, COVID-19 restrictions only made harassment worse.

Women around the world know that simply taking up space in public can expose them to catcalling and assault.  Being outdoors as a woman means constantly keeping your guard up.

Many of us might assume that COVID-19 restrictions prevented the sexual harassment of women. However, new research shows that more women feel unsafe in public than before the pandemic.

According to a survey by L’Oreal Paris and Ipsos, even during this global health crisis, street harassment remains a top concern for women. They surveyed 15,500 people of all ages, across eight countries, and representing a range of cultures. The researcher interviewed participants about their experiences with sexual harassment – both as victims and as witnesses.

The alarming figures that the survey revealed expose just how little our society does to protect women.

According to the L’oreal study, approximately 75% of women avoid certain places out of fear that they will experience harassment. This is a 10% increase from 2019 figures detailing women’s sexual harassment risk. Furthermore, a startling one in three women has experienced at least one sexual harassment situation since the beginning of 2020. This figure is staggering considered how little time we spend out and about these days.

The study also showed that at least 59% of women alter their clothing and appearance to avoid sexual harassment. This figure has increased by 9% in the past year. And 54% of women avoid public transport to attempt to escape harassment which increased 10% from last year.

The pandemic has added a new dimension of fear to street harassment.

Women now struggle with social anxiety and fear when they leave the house. After all, now their perpetrators can hide behind masks.

According to the survey, 72% of respondents feel that wearing a mask allows harassers to hide. It also makes them more difficult to identify. Women can’t even go to the police to report these abusers because they can’t see what they look like.

The mental and physical health impacts of the pandemic are already overwhelming for women without this added layer of vulnerability and fear. But the rising level of sexual harassment towards women proves that we all need to make the world safer.

All genders must seek to protect vulnerable groups from harassment in public so everyone can feel safe on our streets. To learn how to advocate for yourself and others in situations of harassment sign up for a Stand Up To Street Harassment class here.

Photo by Tom PREJEANT on Unsplash