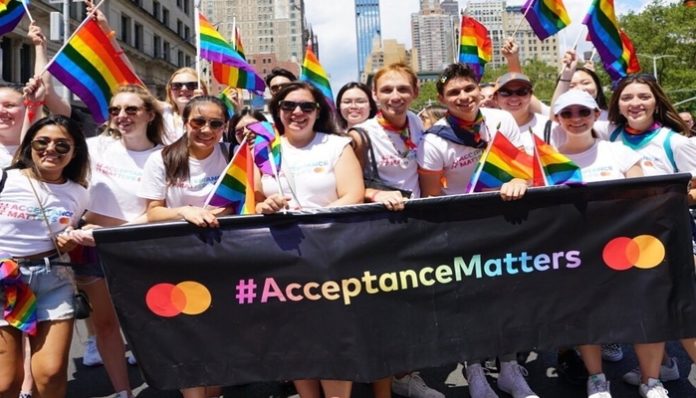 Recently, Mastercard revealed new credit and debit cards that allow transgender users to select their preferred name (or True Name). The only condition is that their issuing bank agrees. This is a huge deal, considering that Mastercard is one of two primary payment networks in the United States. Up to ⅓ of transgender and nonbinary individuals reported harassment, denial of services, and even attacks when their ID didn’t match their card. The True Name Mastercard is a beacon of hope in the midst of a turbulent time.

Mastercard’s marketing arrives in the midst of a paradigm shift for transgender individuals. The Democratically-controlled House, recently passed the Equality Act. It prohibits “discrimination on the basis of sex, gender identity, and sexual orientation.” The revolutionary Equality Act makes corporate efforts to include transgender and nonbinary individiuals, like the True Name card, possible.

Banks still have the final decision as to whether or not a person’s True Name is allowed on their Mastercard. This is because the banking industry is heavily regulated. Oftentimes, banks allow cards with shortened names (for instance, “Bill” instead of “William”). Still, they require legal names in order to verify identities and manage accounts. These laws, which banks into place to prevent idenity theft and terrorism, are now obstacles to transgender people. Still, with payment networks rolling out True Name cards, banks will hopefully accept cards with a person’s preferred name.

Some payment networks, like American Express, are already on board with preferred name concept.

American Express operates their own payment channels. Therefore, their customers are able to choose their preferred names, and banks typically recognize these chosen names as valid.

If you are cisgender and go by a nickname, you may know how credit card invalidation feels. Still, you hold privilege in our society. The struggles we, as cisgender women and men, experience when our banks refuse to recognize our nicknames pale in comparison to the utter invalidation a transgender or non-binary person feels when their banks call them by a name that is no longer theirs. Fortunately, biometric identification could someday start to close the “credit card name” privilege gap, making the name on a card obsolete for everyone, regardless of identity preference.

The transgender community struggles for the world to see, hear, and respect them, but the Mastercard True Name card brings transgender and non-binary individuals one step closer to full representation.

Hopefully with time, other payment networks will follow Mastercard’s lead and allow everyone to go by the names they prefer.

Don’t Ever Let Someone Crush Your Imagination

Mind Games: 5 Things Your Dreams Are Trying to Tell You