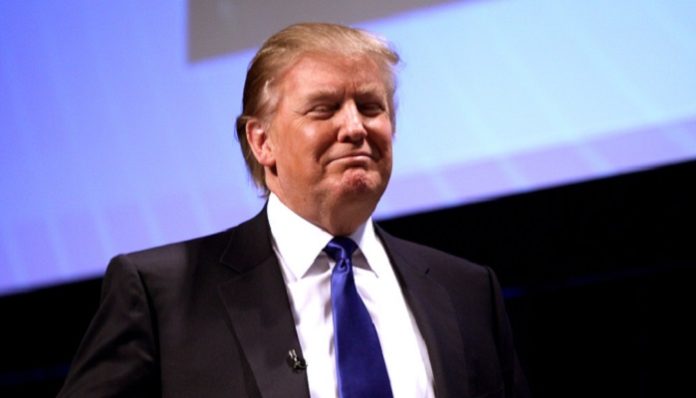 Yesterday, Trump announced on Twitter (because apparently that’s how he likes to run the country) that transgender individuals will no longer be allowed to serve in the military due to it having “tremendous medical costs”. He also stated that it would be a “disruption”. Since the announcement, social media has been in an absolutely uproar (a well deserved on at that).

It’s no secret that our military is severely underpaid. If a service man (or woman) decided to have an elected surgery to change genders, who are we to tell them no? They risked their life to make sure that we could sleep at night. Allowing them to have a surgery that could better improve their quality of life it the least we can do.

When volunteering to put your life on the line, the last thing the government should be worried about is your gender and whether or not you were born that gender. There are much better things to be worried about including: mental health, physical fitness, age, knowledge, etc. These traits could actually determine your success with the military.

The worst part about this is that President Trump felt it was necessary to announce this with TWEETS. Not a press conference. Not a White House release. TWEETS. Knowing this could change potentially change hundreds and thousands of lives, he felt that the announcement was only worth a few tweets.

Acts like this just prove that discrimination is alive and well in our nation. It’s not only alive and well, but it’s being ENCOURAGED by the leader of our country. This is a problem, not only for the transgender community, but also for the future of our country. We are teaching our children that it’s okay to discriminate against someone who maybe different than you. This encourages bullying, and this encourages those who are transgender to hide their identity. THIS IS JUST NOT OKAY.

Now there are several ways the President could have resolved this issue WITHOUT banning an entire group of people. He could’ve put restrictions on what the military insurance could and could not do. He could’ve banned sex changes while actively serving in the military. There are several ways this could have gone without unleashing as much discrimination against transgenders.

His tweets blindsided most politicians, and no change in military policy is currently in place. There are also no signs of this change in the works at the Pentagon either. It seems to have come to a dead halt after the announcement.

And the bad news:

That doesn’t mean it’s still not happening. Just the announcement alone could’ve been enough for recruiters to turn away transgenders. Unfortunately the tweet itself may have already caused a chain reaction of discrimination.

Hopefully no change is actually put in place, so transgenders can serve in the military as they please. Again, if they are willing to serve for our country, who are we to tell them what they can or cannot do to their body? Who are we to deny them the rights that they are fighting for? They are serving this country for freedom, and they should not be denied said freedom for ANY reason.

Only time can tell what kind of future lies ahead for our transgender military personnel, and I hope we can offer a brighter future than this. Just want to end my informed rant on this last note….

Blake Lively Picked Up Knitting And So Should You

Why Living At Home After College Is The Best And Worst...