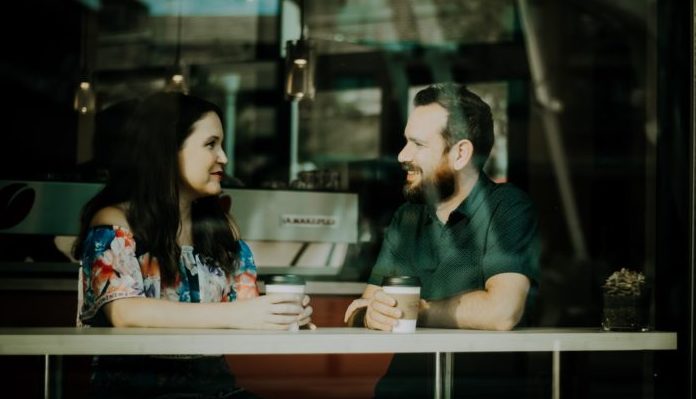 We all love to watch them on TV but we would hate to actually encounter one in real life. Yes, I’m talking about sociopaths. Unfortunately, sociopaths are actually more common than you might think. According to the American Psychiatric Association, about three out of every 100 males are sociopaths. Approximately 70 percent of sociopaths come from fatherless homes and 30 perfect are born out of wedlock. Hmmm… Seems like a rough childhood may be in the recipe for ‘What Makes a Sociopath.’ True, it is. But not everyone who comes from a fatherless home or who is a child born out of wedlock becomes a sociopath. So, the next time you’re going on a Tinder date or meet someone on the street, here are 7 other signs to help you determine if they are a sociopath.

You know those guys who just seem to say everything right? And they can always convince you of anything because of their dashing smile and undeniable wit and charm? Yeah. Watch out for those guys. Most likely, you did not just find your real-life Prince Charming. Most sociopaths are charming and have a certain “glow” about them. They attract people well and can be considered ‘super sexy’ with strong sexual attraction. Now, not every sexy person you meet is a sociopath but watch out for those guys who seem to say the right thing all of the time, have a strong sexual attraction and appetites, and who have weird fetishes. (Yup, those fetishes ain’t normal.)

One of the most common signs of a sociopath is that the person has an inability to feel sorry for their actions. Since they don’t feel bad for what they do, they are basically free to do anything. “Many people with [sociopathy or] antisocial personality disorder do seem to lack a conscience, but not all of them,” says Donald W. Black, MD, a professor of psychiatry at the University of Iowa Carver College of Medicine. “Psychopaths always have this symptom, however, which is what makes them especially dangerous. “When you don’t experience remorse, you’re kind of freed up to do anything—anything bad that comes to mind.”

This one is short and simple. If they can’t have a relationship with others, don’t try and have a relationship with them. There is a reason why none of their other relationships are working out. And no, it’s not because the sociopath is simply misunderstood. Despite the fact that they are incredibly charming, sociopaths have a hard time making emotional connections with people. Because of this, they have trouble with relationships. Whether that’s a friendship, family relationship or a romantic relationship, they struggle with it all. Watch out for those guys who don’t seem to get along with anyone.

Sociopaths are always looking for ways to get up in the world. They want to make everything go their way, so they will do everything to get life to go their way. Sociopaths will use and abuse the people around them in order to get one leg up on life. This manipulative nature can be shown in a few ways. For example, if the person you’re talking to is constantly trying to change your mind about something, watch out. Or if you find yourself becoming a whole new person (in a bad way) around this person, also watch out.

But wait, how can a sociopath be both charming and callous at the same time? Quite easily actually. The sociopath can charm his way into your life. Once he stays there, he can make your life miserable by being abusive and not caring about you. The charm goes away once you’re in his grasp.

For example, if your friend comes back from a fishing trip and tells you a story about how they caught fish that was a foot long, but in reality it was really only 10 inches. That doesn’t count as an outrageous lie. Sociopaths don’t just lie about little things or accidentally get small facts wrong. They create huge lies about big things. They basically live in their own world of lies and their lies become their reality. Sociopaths lie about their experiences to make themselves look better. Sociopaths will also make up an entire event in order to make themselves look better in order to boost their ego.