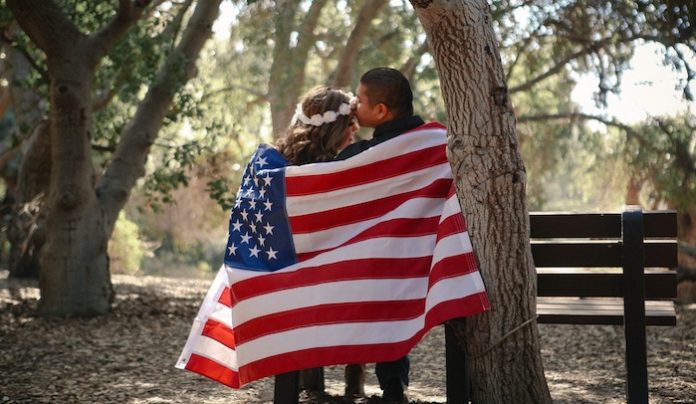 If you ask my husband about his job, he’ll likely resemble a two year-old telling you he flies fighter jets. In the military, specifically the Air Force, fighter pilots stereotypically seem slightly immature and completely obsessed with what they do. They are a “bro network” and, above all, family men. The fighter pilot culture is rich with tradition, too. The strange fighter pilot ways might not make sense to most people, but they make sense to them. They take their job of protecting the skies seriously, which is why they don’t take life itself too seriously.

There isn’t a single word to describe what being a pilot’s wife is like. Perhaps the top five would be: thrilling, scary, fun, unpredictable, and bittersweet. However, I wouldn’t change this lifestyle for the world. Being a fighter pilot’s wife has introduced me to so many opportunities and brought so many amazing people into my life… and my husband isn’t even halfway to retirement!

Being married to a fighter pilot is humorous at times. It is full of inside jokes, funny stories, and some truly wild life events. Then there are other times when that humor turns around and slaps you in the face with reality. Wendy Forbes DeConcini, another fighter pilot wife, says it best: “…your husband reassures you that he’s completely safe and almost jokingly mentions he has one of the best ejection seats in the business… and then he really has to use it.”

At other times, it is truly scary. Our country faces real threats that these men intercept or take care of in other ways. Meredith Anne said this about her husband on the morning of 9/11: “[I woke] him with a phone call in Alaska from an empty airplane on the tarmac in Boston to tell him my trip is grounded because a plane has flown into the World Trade Center. One of my fellow crew members interrupts the call to let me know that a bomb went off at the Pentagon, as there were a lot of incorrect reports that morning. Upon me repeating this to him, he responds, ‘I love you, but I have to go to work,’ and hung up.”

Fighter pilot wife life is also bittersweet. We deal with heartache and farewells, but we also have amazing friendships and heartfelt welcomes when there is a new spouse around. We’re our husband’s strength and shoulder to cry on when they lose a brother in an accident. We are there for other wives as they navigate deployments and other challenges that come along with military life.

Dani Logsdon Wheeler said it best when looking back on her marriage to her fighter pilot: “If you read between the lines, you will see a marriage that has stood the test of time, a student spouses club formed from nothing, friendships developed in the most unexpected places, babies who grew into children who have traveled the world, languages learned, lives changed in churches and homes, and last but not least, a country defended on the ground and in the sky. These are the things I think about when I think of life with my fighter pilot.”

This life is not for the faint of heart and it is certainly not always a walk in the park. But if you ask any fighter pilot wife, we will tell you that we wouldn’t have it any other way.

Photo by Jonathan Tajalle on Unsplash

Your Go-To Guide For Giving The Best Wedding Gift