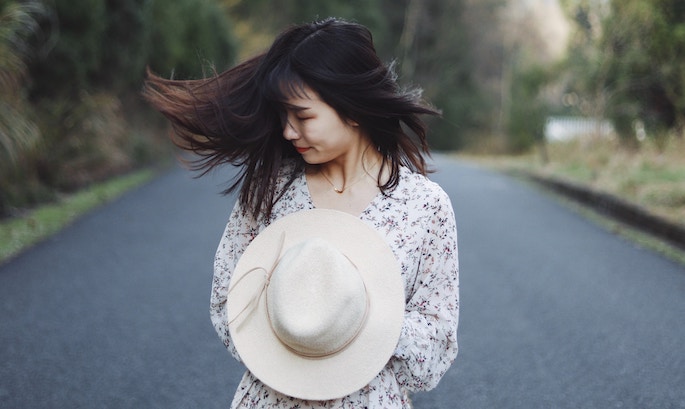 Throughout our lives, we’re constantly told to be realistic. We’re supposed to seek things with a clear end in sight, to seek what’s known and predictable—we get rewarded for following this and punished if we don’t.

If you want to be your best self, there are those that have probably discouraged you from doing so because that’s “unrealistic.” If you wanted to make a change in your life, you’ve likely held yourself back by your fear of being “unrealistic.”

So you resign, you dissociate, and soon you live passively, with your potential buried under mounds of fears and excuses. You know something’s wrong, but you feel like if you do anything about it, you’re not being realistic enough.

But here are some reminders that will encourage you to pursue the unrealistic life that you want for yourself:

1. You aren’t guaranteed a long or stable life. Your time is shorter than you think. There’s no time to be indecisive about whether you want to resign to a realistic life or go after an unrealistic one. Any change you want to make must start today.

2. Living a life inside of your head isn’t as good as actually living it. If you’re constantly keeping an unrealistic life bottled up, you’re doing a disservice to yourself by not doing anything to get it out there.

3. Regardless of who you are, what you’ve done, and how negatively you perceive yourself, you can still move forward on a different path. It’s not guaranteed to be free of struggle. But it’s indefinitely worthwhile because you’ll never learn if you remain stuck with what you’ve always known.

4. If you allow other people’s fears, judgments, and bleak predictions to control the way you think and act, you’re guaranteed a lifetime of misery and regret. Do you honestly want that to be your end?

5. Despite how many failures you’ve experienced and rejections you’ve had, you’re not talentless, lazy, unimportant, or unintelligent. Don’t let any setback influence you to believe that you’re unqualified to break free from a life you no longer feel alive in.

7. The more you feel resigned in your life, the more you’ll inevitably complain and grumble about the things that are going wrong without doing anything.

Don’t let life turn you into a bitter or jaded person who’s convinced that remaining powerless is somehow better than seeking alternatives that are beyond anything that’s ever been done before.

8. When you’re in active pursuit of an unrealistic life, you’re rejecting all that the world has taught you. You’re becoming the author of your own life instead of a flat and static character in a cliché storyline written by someone else.

9. If you want to heal from your past, being unrealistic is the only way to heal.  Reality constantly reminds you of what you can’t do and reinforces how incompetent you are. But you can defy reality by improving, growing, and becoming more than who you used to be.

10. Reality says, “You are helpless, you are too weak to fight against me, and you will remain this way because I have total control over your future.” Is this what you want to listen to for the rest of your life?

11. In its essence, self-improvement involves being unrealistic, because you’re doing more than what you think is possible. When you’ve conquered anything that you used to view as an impossibility, you know that being unrealistic can push you to grow in ways you couldn’t have imagined.

13. Being unrealistic shows that you love yourself enough not to accept a life that keeps you small. It shows that you’re unable to make progress in things that are most valuable and true to you.

You might be fine with doing what others expect you to do, but you have untapped potential for a life beyond conventional norms. You don’t have to do anything drastic like start a big business or move to another country.

However, if you’re constantly feeling stuck and unhappy with where you’re at, you must move out of your comfort zone and slowly build a life that’s more authentic to you.

Photo by Raychan on Unsplash