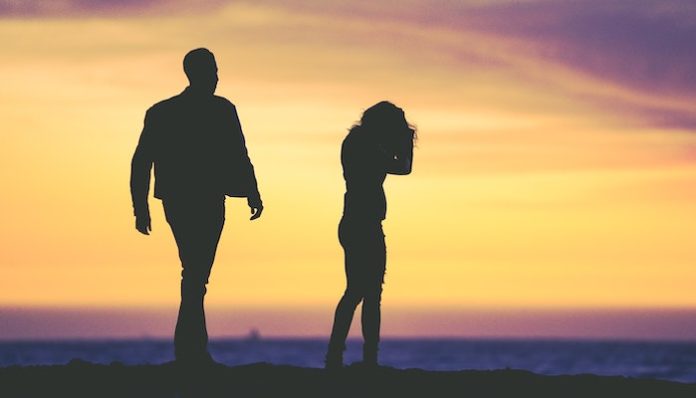 Relationships can be tricky. Whether it’s with your significant other, a family member, or a friend, you’re bound to encounter conflict at some point. However, there is a big difference between disputes in healthy relationships and disputes in relationships involving gaslighting.

So what is gaslighting, and what does it look like?

The term gaslighting originates from a 1938 play, which was later made into a film, called ‘Gaslight.’ The story features a cruel and vindictive husband who, in an attempt to conceal his true identity and murderous actions from his wife, tries to convince her that she is going crazy. Part of his efforts includes playing with the gas-powered lights so that they flicker. He then tries to convince his wife that she is imagining it to make her feel as if she is going crazy.

Modern “gaslighting” is a form of psychological manipulation in which a person aims to make a person or a group of people question their memory, perception, and ultimately their sanity. Anyone can fall victim to gaslighting as it is often a slow and insidious process. Moreover, it can take many forms. Below are ten common signs of it in relationships.

1. They lie about facts.

You know you had made dinner plans for 8 pm. You had even written it down in your planner. However, your partner claims that they never agreed to this. Gaslighters commonly deny facts that you know are true.

2. You feel as if you are walking on eggshells.

Gaslighters can become triggered by the smallest events or utterances. Victims often feel unsure of what to say or afraid to say anything at all just in case this might set the other person off. This can leave you feeling drained and anxious.

3. They claim bad behaviors are normal.

Gaslighters will often claim that behaviors that you find uncomfortable are normal. You try to confront them about their name-calling, constant arguments, or other things that make you feel uneasy. However, they tell you that this is normal in relationships and that you are being overly pedantic.

4. They make you second guess yourself.

When you are constantly being put down, told that you are paranoid, or convinced that you are making things up, eventually you begin to wonder if this is really true. Often victims of gaslighting reach a point in which they start to internalize what the gaslighter has been feeding them.

5. They use your fears or insecurities against you.

Gaslighters will often pick up on your vulnerabilities and use them to make you feel insecure and lesser than them. If you are insecure about your appearance, for example, they may point out others who are better looking than you in their opinion.

6. They tell you you’re paranoid or making things up.

Questioning gaslighters about their manipulative behaviors will often lead to a response along the lines of “you’re being paranoid,” or “you’re crazy”. Rarely are gaslighters unaware of what they are doing — they often consciously do it.

7. They project their own issues.

The gaslighter often accuses you of things they’re guilty of. Moreover, they tend to project their own problems onto their partner, leaving this victim on the defense for something they didn’t even do.

8. They intentionally confuse you.

Just when you think you’ve started to get used to the cycle of gaslighting behaviors, they will throw in compliments, show you love and compassion, or praise you for something you did. This leaves you feeling confused about their true intentions.

9. They convince you that others are against you.

In order to back up their claims, gaslighters will often tell you that others think the same way as they do, that you’re ‘paranoid’ or ‘crazy’. This leaves you feeling alone and alienated, unsure of who to trust, and often too afraid to leave the relationship.

10. They make you feel worn out and trapped.

Because they make you feel alienated, paranoid, and distrustful of your own intuition, you’re left feeling exhausted yet too scared to leave the relationship in case they’re right.

Gaslighting can be an insidious process; it often begins slowly and eventually increases over time. Even people who are cautious in relationships can be impacted by gaslighting. It doesn’t only occur in romantic relationships, but can also occur with friends or family members too. By becoming more aware of the signs of gaslighting you will be better able to see if it is happening to you.

Photo by Eric Ward on Unsplash