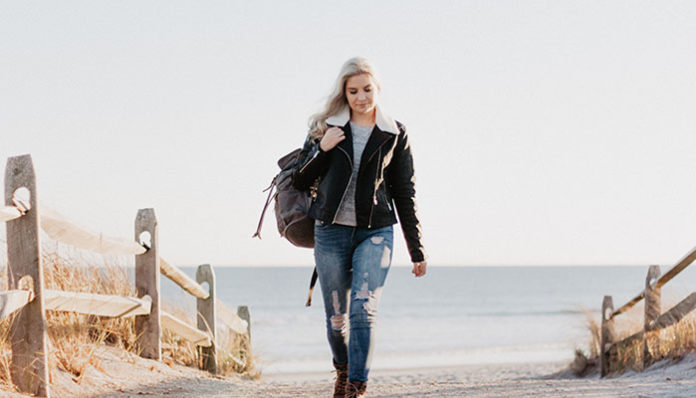 She always found herself in a long-distance relationship, in which she confused the missing with the sadness she felt daily. He had to know how much she hurt. Her love was unconditional, but her happiness was only circumstantial.

His insecurities ran so deeply, and his jealousy ran even further. She felt like she was drowning every day, lost under all his doubts, trying to make him understand her loyalty and love.

She was honest, maybe too honest about how she felt. Like many of us, she always wore her heart on her sleeve. Maybe, that’s why she always ended up alone, aching in pain.

She knew that she had broken the promise that mattered most to them and cried because she valued promises so dearly. But the cynicism he breathed and the never-ending, painful exchanges between them broke her. As she looked back, she realized that she had been miserable more than she had been happy.

It’s not that he didn’t care, but rather that he didn’t know how to care for her the way she needed. They were polar opposites to begin with. Blinded by love, she continued on in the relationship, slowly losing herself before she realized that maybe, they were just too different to ever truly be together.

She had no regrets in her relationship had poured everything she had into it. But she knew that she was drowning, trying to save something that maybe could n’t be saved. They had hurt each other more than they had meant to, and their relationship turned from sweet to toxic.

She wanted her smile back, her laughter back.

She wanted her life back. To be free, She wanted to fall in love with writing again, something she had given up because he had condemned it as dismaying. She wanted to go back to the days when she fell asleep smiling more often than she did crying. She wanted to free herself from his love, not because she was selfish or spiteful towards him, but because she knew that she wanted to live her best life. If she stayed, she wouldn’t be able to live the life of her dreams.

Don’t for a second think leaving wasn’t hard for her,  that her heart didn’t break. She loved him more than he would ever know, but she knew that she needed to make this decision for herself.

She was the type of girl who went after what she wanted in life.  Even though she loved him – she needed to leave for her soul. She wanted to fall in love with who she was, just like she had years before she had met him.  To lift the past off her shoulders, once and for all. To finally be able to breathe and grow.

She left to be a happier person, one who glowed in confidence and smiled as if she was flying. Unafraid to fall, she wanted to find a new breath of life. One that only she could find, one that only she could explore. She had been honest with everyone around her for so long, forgetting that she was the person who mattered most.

And so she left, hoping that she could finally be truly honest with herself.