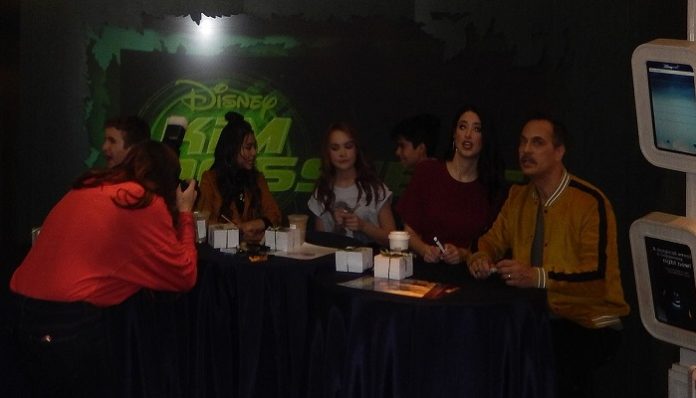 I was conflicted when I heard they were making a live action version of Kim Possible for a new generation. The original cartoon, which ran from 2002-2007, belongs in the cartoon hall of fame for what it achieved. It’s been a great memory for all 90’s kids who held onto the Disney channel as long as possible.

My expectations for this movie were about as low as that disastrous 2017 Power Rangers movie. I wish Hollywood would leave our favorite movies and shows from our childhood alone.

Disney did their best to cast a young girl to play the iconic role and they were pretty spot on. Sadie Stanley didn’t have as much pep as the original, Christy Carlson Romano, but I will give Disney credit. The casting of Ron was subpar, but Sean Giambrone fit the nerdy, clumsy trope they were looking for.

I’ll give credit where credit is due in that the writers of the movie were very tongue in cheek. Ron asks Kim why she wasn’t wearing the classic outfit, and she retorts back to him: “wearing the same thing all the time felt cartoon-y” to which I agreed.

Before the film began, it’s opening action scene set up our protagonist as being the triumphant hero. One of the best parts of the opening scene was the presence of Patton Oswalt as Professor Dementor. He’s a true character actor; and no matter the role he is given, he knocks it out of the park.

Alyson Hannigan played Kim’s mom. Hannigan is Lily on “How I Met Your Mother” and Willow on “Buffy,” poor Alyson; she’s been reduced to playing someone’s mom in TV movies for ‘tweens and pop culture connoisseurs like me.

In the movie, we’re introduced to a new character named Athena. This girl reminds me of Manny from “Degrassi: The Next Generation” which weird-ed me out the whole time.

Athena goes from sad and frumpy to a literal “beauty” and has a brand new Kim Possible cosplay costume on. This, of course, leads to Ron becoming infatuated with the new girl, putting a stop to Kim feeling like Supergirl! In this instance, viewers are made to feel that this will be Kim’s downfall.

The original Kim Possible voice actress, Christy Carlson Romano, makes a surprise appearance playing a pop star named Poppy Blue who happens to owe Kim a favor. She too falls head over heels for Athena and helps lay it on thick that Kim has competition.

It’s not until 45 minutes into the film do we get introduced to Rufus, Ron’s “adorable” naked mole rat companion. The backstory to Ron & Rufus’ relationship is seemingly revised to fit the plot of this movie, but hey, it works.

The actor and actress who play Dr. Drakken and Shego are perfectly cast in their roles. Dr. Drakken is painfully annoying and villainous… And Shego, in the flesh, is obviously tired of taking orders from an old white man!

There was female friendship between Kim & Athena (& Bonnie who is as vile in human form as she was in the cartoon), Kim & her mom & Nana, as well as Shego wanting to break out from under Drakken’s ridiculous control. The film also updated “henchmen” to “henchwomen” during one fight scene which I felt was super important that men & women can be equally evil.

If you’re wondering, Kim & the gang save the day once again, ending on a poignant quote from Kim’s voiceover. Kim states that “learning to be a better friend made me a better hero;” and that really stuck with me. The lesson was that we need to grow from our friends to be better versions of ourselves.

All in all, I would say this movie was both great and also terribly tragic. Disney clearly left the ending a cliffhanger as a means to keep the door open. If you have 90 minutes to spare, tell your friends they can’t call or beep you if they’re trying to reach you because you’re too busy reliving your childhood.