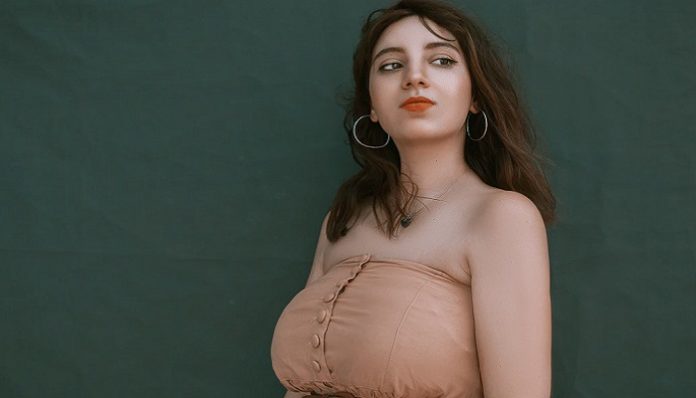 Every morning is a struggle with big boobs. Unlike girls with smaller boobs, I can’t prance around without a bra on. Not only would it be distracting and embarrassing if anyone saw me, it would be painful. According to Discover Magazine, “a pair of D-cup breasts weighs between 15 and 23 pounds,” and bouncing is a big no-no when your boobs weigh over 15 pounds.

The first thing I have to do in the morning is put on the restricting cage that is a bra, which reduces bouncing but in turn hurts my arms and back until at last I can take it off. Of course, having large breasts is not all bad. There are definite perks for women blessed with the curse of big boobs. With this in mind, I thought it would make sense to breakdown the benefits and burdens of being busty in a variety of contexts.

1. The issue of cleavage.

Cleavage, depending on the situation, can be awesome or awful. Of course a nice flash of cleavage might get a girl a free drink or out of a speeding ticket. It’s a beautiful thing, having boobs, when you’re going to a bar or to a party. However, in a professional setting, I wouldn’t say the same. Button-down shirts don’t work, at all.

Cleavage is also a disadvantage when you’re at a family gathering, or with your boyfriend’s family. In those situations, I want to look classy and chic, not provocative. Beach excursions are always filled with the anxiety that my bikini top is going to come off or that I’ll manage to inadvertently flash everyone. Not to mention that swimming at the beach poses all other types of problems when jumping over waves. It’s hard to keep control of the twins, but when they comply in the right situations cleavage is both sexy and appreciated.

2. Finding something that fits.

Junior year of high school, I was standing in front of 30 of my classmates presenting a project that was worth a huge chunk of my grade. I was nervous to begin with, but when I glanced down I was completely mortified and had to turn around from the class. My shirt had become unbuttoned, both and my bra and cleavage were exposed. The buttons and strings in clothing, such as bikinis and button-down shirts, hold no strength against the tension of larger breasts.

Sweaters, flowy shirts, and one-size only stores also pose problems. Sweaters can make you look shapeless or pregnant, or they’re too tight in the chest area. Flowy shirts are just as inconvenient. They hit your boobs and then drop flat, creating a very unnatural and unattractive square-body look. Also, you can only dream about wearing most things from Urban outfitters or one-size stores like Brandy Melville. Most of their designs do not take into account the possibility of anything larger than a B cup squeezing into their ridiculously small halter tops. Tight shirts are probably your best bet if you have a big bust, but they are not always appropriate. The struggle is real.

Girls with small boobs get ALL the cute bras—seriously. The only ‘cute’ bra I have is a couple sizes too small, and is reserved especially for dates and nights out. Beyond that, it’s nude or black. Don’t even get me started on trying to find a bra that fits.

Aerie doesn’t even carry my size and I certainly don’t need a push-up bra from Victoria’s Secret. It’s straight to the grandma section at Nordstrom’s, and even then I spend a fortune on bras that don’t seem to fit right. I think my future calling is designing bras for big boobs that are actually cute and come in anything other than nude or black.

It depends on whether you want the attention or not, but your boobs will get you the attention you want (or don’t want) from the male (and sometimes female) population nonetheless. Having boobs is convenient in most romantic settings, but not so much when you’re walking home from the bar late at night in a tight dress.

As I’ve often joked with friends, we wish we could deflate our boobs for certain situations and inflate them again for others. It’s a love/hate relationship.

Bouncing boobs are painful, no matter how it looked in Baywatch-that stuff hurts. Running, jogging, and sometimes even walking is painful. Staying active is completely inconvenient with large breasts. I swear the reason why I skip the gym so much is because of how sore my back gets after a workout.

Sports bras are another huge problem. They are even more constricting than regular bras, not to mention extremely difficult to find. I have yet to find a sports bra that eases the pain of running or working out.

I love the twins. All of the annoyances that come with having big boobs fade away when I embrace how feminine and beautiful they make me feel. While I might not have many ‘cute’ bras, the satisfaction of seeing my boyfriend’s jaw drop will never get old. In the end boobs, no matter what size, are an awesome pain in the ass to have.