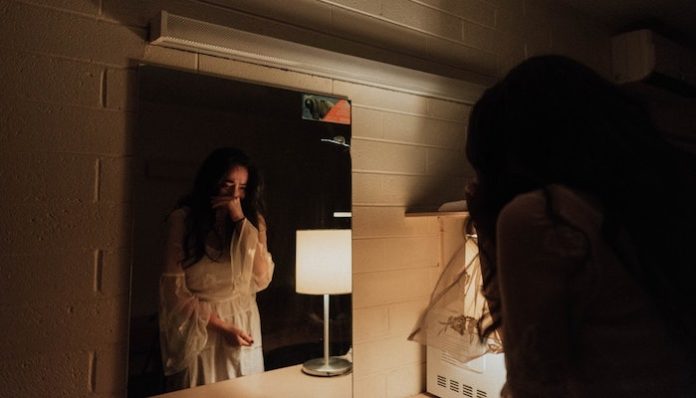 It’s a brutal world when it comes to dating. You continually put yourself out there only to be lead on, treated like garbage, and to be let down once again.. How do you keep picking yourself up after you’ve been knocked down so many times?

The guessing game gets old, and the disappointment is as confidence crushing as the one before. So the process of finding someone new can be daunting. But if you’re finding yourself really anxious to go back into the dating game again after feeling emotionally defeated, fear not! There are so many things that you may be feeling about getting back out there that so many other women are experiencing too.

It’s totally normal to feel like you are being socially awkward. There will always be situations where you have great chemistry and effortless conversations with someone online yet when you meet with someone in person it’s like pulling teeth. Don’t worry, these things happen all the time and it’s nothing to be anxious about at all!

Sadly in this cruel dating world, it’s easy to feel like a second option because the majority of it is done online, there are so many more people you can talk to at once. It’s normal to feel like you’re option number two or that you’re a backup plan. It’s hard, but you can’t beat yourself up and ask why you aren’t good enough. It’s, unfortunately, the way it works these days; nobody has to be tied down to one person until it gets serious no matter how hurtful it may be to your self-esteem.

There are times where you’re on dates and as the conversation goes on you begin to feel inadequate or under accomplished compared to the person at the other side of the table. Some will call it  insecurity or others will call it bragging on their end. Regardless, it’s okay to feel that way sometimes. You’re already vulnerable enough by going out there with all these fears, you’re just super aware and sensitive of how you feel about yourself that makes you overthink it.

There are situations where letting someone get close to you is extremely scary and hard for you to do no matter how good of a connection you have or how good things are going. When you’ve had your heart broken it’s hard to allow someone else in out of fear that they’ll do the same thing. It’s totally normal to feel this way and have this fear even if it upsets you because you know you shouldn’t be upset about this.

Whether the conversation was going well and just died, they canceled on you, chose to be with someone else, ghosted you, lead you on or just dropped a hurtful bombshell, you will be disappointed. That’s natural. But there’s no reason to always fear or to expect it. You will have a great date that goes somewhere someday, this just wasn’t that day.

No one said dating in the modern world is easy. And whoever said that is a liar who doesn’t know what they are talking about. If you’re hesitating on re-downloading Tinder and Bumble for the 8 millionth time, considering on canceling a date or debating on what to say to your crush who still hasn’t realized you like them yet, just remember you are not alone in your fears. Millions of other people share the same anxieties about dating.

And if you need a motivational quote to help you realize that you should slowly get back out there at your own pace, here’s a great one to follow:

If There Ever Comes A Day When You Stop Loving Me,...