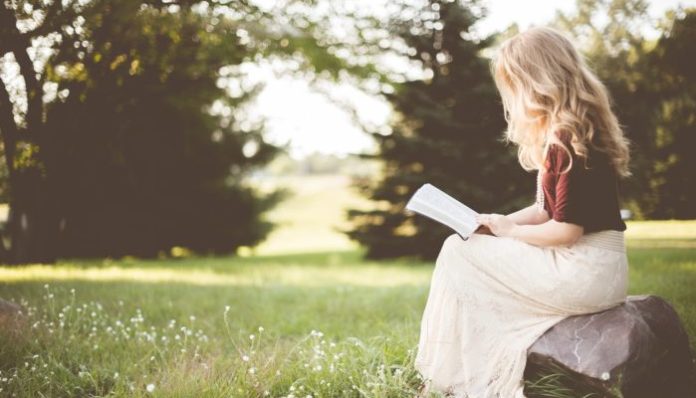 The year 2018 released so many great books. This article will provide you with a list of: thriller, mystery, horror, romance, memoirs, and science fiction books that I have rated all to be 5 stars

I went through so many emotions while reading these books. They brought me a lot  of laugh out loud moments,  tears, aw moments, and most importantly, they helped to get through this year.

Tara had a thirst for knowledge and decided to educate herself. Her quest for knowledge transformed her, taking her over oceans and across continents to Cambridge where she earned her Ph.D. in history. She took great risks to get the education she wanted despite her family’s disapproval.

2. The Reckoning by John Grisham

This book is about a World War II veteran Pete Banning who wakes up one day and goes about his day  as usual and then proceeds to murder the beloved preacher of the Methodist church in cold blood. Pete’s only statement about it–to everyone including the sheriff,  his lawyers, the judge, the jury, and his family–was: “I have nothing to say.” He was not afraid of death and was willing to take his motive to the grave.

3. The Outsider by Stephen King

This the story of Fred Peterson, the eleven-year-old boy who was found brutally murdered. Evidence shows that Terry Maitland is the killer, but there is a lot of evidence showing that Terry was at a book conference when the murder took place. As the mystery deepens, the horrible truth that emerges, creates a heart pounding and tense race against time, and the ultimate good versus evil showdown.

4. The President Is Missing by James Patterson and Bill Clinton

President Jonathan Lincoln Duncan is in a race against time to stop a cyberattack that would cripple the United States. President Duncan worked tirelessly tostop the terrorist, identify the country supporting the terrorist, and to find a traitor in the West Wing.

This novel is about a family that was out for supper and as they returned home  the father finds a dead body. However, there is no blood and no sign of a struggle. Evidence would indicate that the victim had been killed elsewhere and dumped there. Why this house? The case becomes stranger, involving odd neighbors, a re-appearing young teen, and dysfunctional family members.

Her memoir focuses on how she created her life. She talks about her childhood and the life she had before she met Barack, to the person she became with him, and to the life they built together with their children and her life in the White House.

This is book two in Christian’s POV of the story Fifty Shades of Grey. This book gives you an insight of Christian’s mindset. There are additional scenes that only Christian is featured in. Being able to understand what Christian was thinking and how he suffered gives the book so much more meaning to the Fifty Shades series.

8. Every Breath by Nicholas Sparks

Hope is in a relationship that she isn’t exactly content with. Her boyfriend Josh doesn’t seem to be committing to the relationship and after six years  she wonders what their future holds. She plans a visit to their family cottage on Sunset Beach and during that week, Hope meets Tru who is on a temporary visit from Africa to meet his father for the first time. When Tru and Hope meet, they have a genuine interest in each other. As their time comes to a close, their family circumstances get in the way and they have to make a difficult decision regarding their future together.

9. The Wedding Date by Jasmine Guillory

Alexa and Drew met when they got stuck together in an elevator. Being stuck together leads  them to go to a wedding together. After that, this couple just can’t seem to get enough of each other. Both have important jobs and busy lives, and because of their busy schedules it’s unclear how things would work out between them.

10. How To Walk Away by Katherine Center

Margaret Jacobsen has worked hard all her life and things are starting to pay off. However, on a night out with her boyfriend that was supposed to be a romantic flight where they would get  engaged, turned into a nightmare. The next thing she knew, she woke up in the hospital, having to face obstacles like she’d never imagined. Her life was forever changed.

Although I am not sure what 2019 has in store for me or what the new year will bring, but one thing that is for sure is that I will have plenty of great books to get my hands on.

What books did you read this year?

Featured image via Photo by Ben White on Unsplash