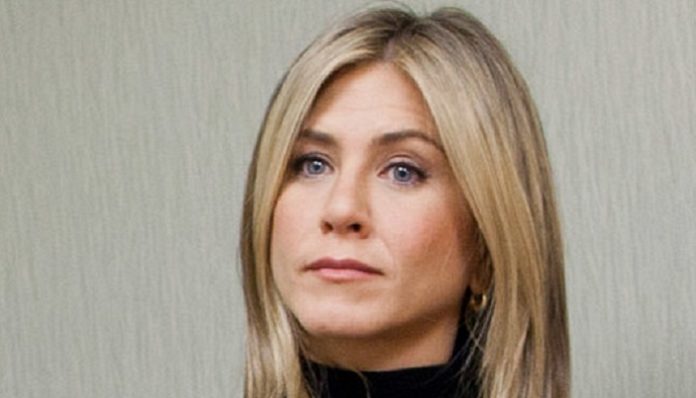 If you know me, you know two things for sure: One, I quote Friends on the reg and two, I literally worship the ground Jennifer Aniston walks on. She’s my ultimate gush— girl crush. I’ve been copying Jen’s hair since the “Rachel” in ‘94. Those naysayers out there will argue she’s a celeb and gets access to the best plastic surgery yada, yada, yada. But I don’t listen or really care what they think. Bottom-line: She slays.

When “The Pitt’s” split, I told my sorority I could not attend chapter because I was in mourning. Brad and Jen were everything to me and more. The King and Queen of Hollywood. Cut to seven years in and she had to watch him gallivanting about town with every woman’s worst nightmare: A single Angelina Jolie. If Jennifer Aniston can move on from Brad Pitt, I can certainly get over the losers I rack up. I sometimes forget she even dated John Mayer. That crooner has been with more Hollywood A-List than a Vanity Fair Oscars party. Alas, I thought she finally found true love with Justin Theroux and he had a gold “Jennifer” ring to prove it. I saved the People cover of their wedding as motivation. When I received my Us Weekly alert they were caput, legit ten friends texted asking if I was okay. (I’m not.) Obviously, Jen is a class act. She never says a bad word about her exes and takes the high road along with her integrity. I still relish when she used the word “uncool” to describe Angelina Jolie’s comments on the set of Mr. & Mrs. Smith. Jen is anything but uncool.

She Puts the “Best” in Bestie

I love that Monica and Rachel are actually best friends in real life. And to top off that ridiculous sundae, they share a group text with Phoebe. Could that BE any more amazing? Jen supports her people. She had cameos on both of Courteney Cox’s post-Friends TV shows. (Yes, I watched Dirt. I own it, Lisa Rinna). She wears Jennifer Meyer’s jewelry all over Tinseltown and on-screen. Hello, the leaf in The Break-Up was the only thing I noticed in-between her and Vince Vaughn fighting the entire movie. (FYI, he’s my male Jen— When they dated briefly, it was the greatest high of my life.) She visits her pals Ellen and Jimmy Kimmel too. There really isn’t anything this gal wouldn’t do for her nearest and dearest.

She’s Trifection— Beauty, Brains, and a Sense of Humor

She delved into her character in 2014’s Cake while audiences observed a very real and raw side to her depth as an actress. Before that, she shared the screen with a fresh-faced, blue-eyed Jake Gyllenhaal in The Good Girl as a lonely wife squandering for some affection. They attempted to make her appear homely at the beginning of Just Go With It, but you ain’t fooling anybody. On the lighter side, a few of my favorite comedic roles include: She’s the One, Picture Perfect, Along Came Polly, We’re the Millers, and He’s Just Not That Into You (even though she’s in the movie for a total of twenty minutes). Jen’s not just a pretty face and she drinks Smart Water to prove it.

She is Benjy Button. The woman does not age. Have you ever witnessed Jen appear less than stunning on any red carpet? She’s a goddess. Heaven on Earth. Flawless. Move over, Meghan Markle. She is a designer’s dream. Tom Ford even named a bag after her. (I almost caved and bought it, but I thought I might have to be sent to Jen AA.) When the paparazzi catch her in “normal” garb a.k.a. her go-to pair of jeans and a black t-shirt, it looks like a Chanel suit. Her effortless style pays homage to the original California girl. She makes waves everywhere she goes.

She Stands Up for Women and Herself

Does anyone handle incessant public attention better, especially someone who avoids social media altogether? In her most recent Elle exposé, Jen shared she considers her marriages to be successful, self-preservation is her response to tabloid fodder, and she remains a glass-half-full type person. Jen constantly encourages women to use their voice and practice self-care. She implores women to carve out their own path and write their own stories. Some of her best advice: “We are complete with or without a mate, with or without a child…We don’t need to be married or mothers to be complete. We get to determine our own ‘happily ever after’ for ourselves.” Amen, Jen.

Well folks, whether you agree with me or not, you have to admit on some level Jennifer Aniston is pretty badass. Either way, I’ll always be there for Rachel Green. #friendsforever.